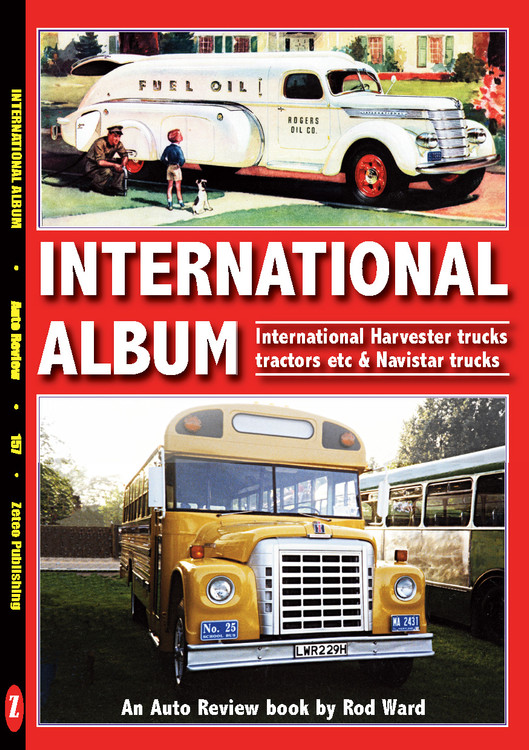 International Harvester (IH) was created in a 1902 merger between the McCormick Harvesting Machine Co and the Deering Harvester Co,
production concentrating on tractors and other agricultural machinery. IH became famous for their large Titan tractors, later adding smaller Farmall tractors. From 1907 IH made ‘high-wheeler’ motorised buggies for their farmer clients, and also developed a profitable range of motor lorries and buses. The company expanded into other fields, including construction equipment and domestic appliances. Smaller pickup trucks in the range prompted development of the popular Travelall utility vehicles and the smaller Scouts.
Following financial difficulties, the company sold off most of its subsidiaries, and then even its core agricultural division, which was acquired by Tenneco in 1985, along with the International Harvester name and the IH trademark. Tenneco combined the IH tractors with its Case division. The remaining truck, bus and engine manufacturing operation was renamed Navistar International Corporation, and it continued to produce commercial vehicles into the 21st century.
In terms of long-term assistance in regard to International Harvester and Navistar, we have to express our thanks to an old friend, David Palmeter. He had been a long-time employee of both concerns in the 1990s when he assisted us with an IH project, and helped us to obtain a lot of factory material at that time, some of which came in useful when producing this publication.

MSRP:
Now: $19.95
Was:
Author: Rod Ward, Paperback, 31 pages, Here we have the story of Shelvoke & Drewry (S&D), a company which found a profitable niche in the commercial vehicle market. This was due initially to...

MSRP:
Now: $59.95
Was:
The Official Review of the 2021 FIA Formula One World ChampionshipTM on two-disc Blu-ray Unpredictable, explosive and intense to the end – experience a season like no other Get ready to...

Sunshine, Speed and a Surprise - The 1959 Gold Prix of the United States (signed by Joel E. Finn)

MSRP:
Now: $299.95
Was:
signed by: Joel Finn, 2nd hand book in good condition. This is a story of speed, challenge and championships. In the decade after World War II, in an America gone patriotic and car crazy, racing...

MSRP:
Now: $295.00
Was:
Imagine: Automobile Concept Art from the 1930s to the 1980sSigned and Numbered Limited Edition of 100 Copies by Patrick Kelley (book number can vary) The golden age of American...