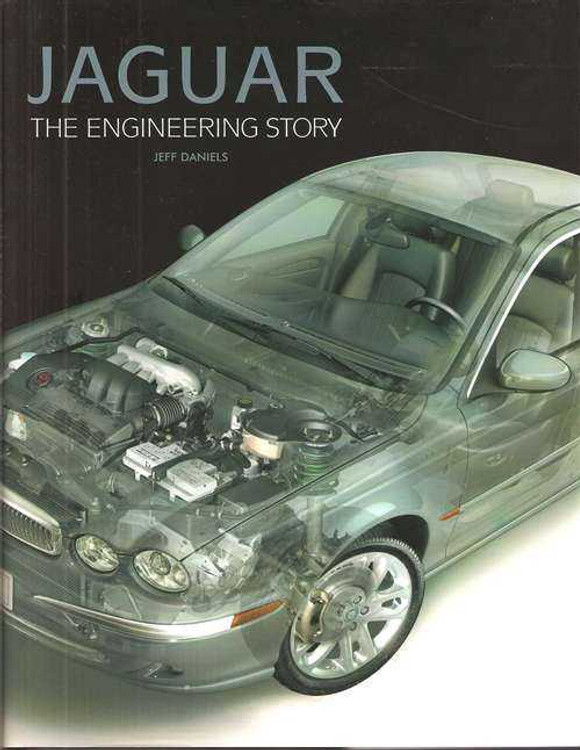 Jaguar, a jewel in the crown of the British motor industry, began life as SS --ars, a coachmaker, and only began -o take engineering seriously in 1935, when it appointed the celebrated Bill Heynes as its first Engineering Director. From that time forth, the company produced a succession of greatly admired cars and engines. But just how did c fairly small company with limited resources achieve so much?

This book explores the engineering history of Jaguar, the shrewd (and sometimes downright lucky) moves which led to classics like the six-cylinder XK engine, the XK120 and E-type sports cars, and the XJ saloon series.

It looks at the way these products were created, and at many others which fell by the wayside, such as the V8 engine which might at one time have been spun-off from the V12, and the ill-fated XJ41 sports coupe of the 1980s which might have emerged as the F-type — but didn't. In these pages are many of the answers to two kinds of question. The first is 'How did they do that?', and the answer is sometimes that they did it with great difficulty and against the odds. The second is 'Why on Earth didn't they do that?', and the answer is often that they thought of it, and, however reluctantly, abandoned the idea.

Jeff Daniels, an aeronautical engineer by training, is well placed to write the story. As a young motoring journalist he knew and interviewed many members of the original Jaguar team including Sir William Lyons himself, Bill Heynes, Bob Knight and Harry Mundy, all major players in Jaguar's engineering history. At various times Daniels has been author of the Motoring Which? Reports, Assistant Editor of CAR and Technical Editor of Autocar. He continues to write about the motor industry, in books (including the award-winning Modern Car Technology and Driving Force, both published by Haynes) and in articles for a range of engineering and consumer magazines.

Jaguar XJ220 - The Inside Story

MSRP:
Now: $89.95
Was:
By: Graham Robson . After a twenty-year production period,  was time for the venerable XJS to bow ut but what was to replace it? Jaguar had been sold to Ford and was no longer as cash-strapped...

MSRP:
Now: $129.95
Was:
By: Jaguar World Monthly . The story of the XJ40 is one of the most fascinating tales from Jaguar's `colourful' archives. It was a motor car that was conceived and developed during the company's...

MSRP:
Now: $29.95
Was:
Having this book in your pocket is just like having a real marque expert at your side. Benefit from Nigel Thorley’s years of Jaguar experience, learn how to spot a bad car quickly, and how to...

MSRP:
Now: $69.95
Was:
By: Brooklands Books . It took several years for the XJ-S to be accepted as a car in its own right rather than as a replacement for the E-Type. By the mid-eighties it was a remarkably refined and...