James Dean - From Passion for Speed to Immortality 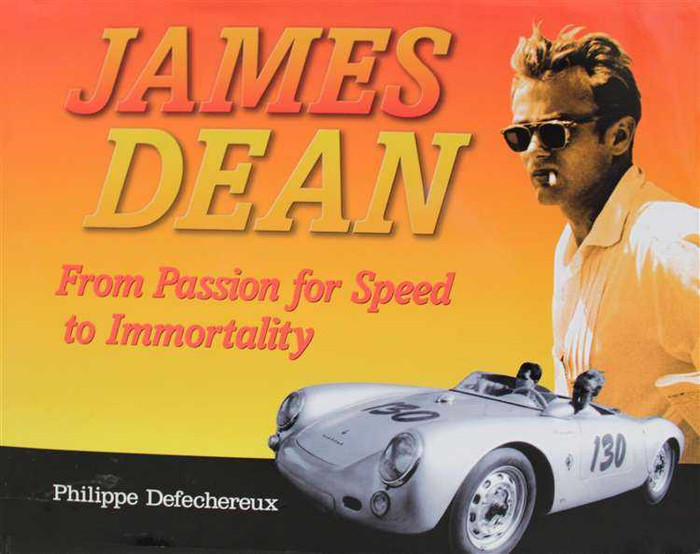 James Dean - From Passion for Speed to Immortality

Scope: The complete yet never told story of James Dean’s passion for professional racing, his cars and races, within the context of his life, the many celebrities he befriended and his stunning Hollywood success before his tragic death at 24. The book also details his fatal accident almost “frame-by-frame,” based on police reports, witness testimonies and the author’s own analysis.

James Dean was America’s first “Teenage idol” and almost single-handedly initiated the youth revolution that swept the country in the late 50’s and ‘60’s, turning first into the Beat Generation, then the Hippies, then the anti-establishment movement. All of this is artfully weaved into the book, in context with James Dean extraordinary talents – acting, music, sculpture, racing, etc. -- and revolutionary approach to everything.

Author: Philippe Defechereux is a former automotive advertising executive with great passion and experience about cars and racing. On the occasion of James Dean’s 40th anniversary, he published a short version of James Dean’s racing career and fatal accident published in French and Dutch with 40,000 copies sold to-date. In 1998, he wrote a historical racing book titled “Watkins Glen 1948-1952 – The Definitive Illustrated History.” The book earned many awards and extraordinary reviews. Philippe Defechereux also writes frequent articles for car magazines. He has appeared many times on television and done radio interviews; he will be available for such after the book launch.

Target Audience: Baby boomers who were alive when James Dean rose to fame, plus Generations X and Y who know of James Dean but wish to learn more and easily about this great American icon, including through superb visuals. Besides North America, Great Britain, France, Germany and Japan are natural markets for this book.

MSRP:
Now: $129.95
Was:
By: Nick Mason, Mark Hales . Description This publication includes a CD of engine and track sounds from these exhilarating cars - the next best thing to being in the driving seat. Nick Mason of...

MSRP:
Now: $59.95
Was:
Description Classic cars that shaped a century of driving fast. Nick Mason and Mark Hales. It's more than 10 years now, since Pink Floyd's Nick Mason - who needs no introduction - and Mark Hales,...

MSRP:
Now: $89.95
Was:
By: Timothy Remus . It started with the Speed Twin in 1938 and went on until 1983. During that time the Triumph Motorcycle Company produced everything from singles to triples, but mostly they...

A Passion for Speed - The Life and times of George Abecassis

MSRP:
Now: $295.00
Was:
By: David Abecassis . Book Description George Abecassis was one of the last of the amateur drivers whose experience and dedication to the sport made him a semiprofessional, and whose successes and...

MSRP:
Now: $89.95
Was:
By: Jaguar World Monthly . It was, like them all, going to be the proverbial `easy restoration'. A substantially rust-free XK 150 from sunny California, with just minimal bodywork, a repaint, retrim...