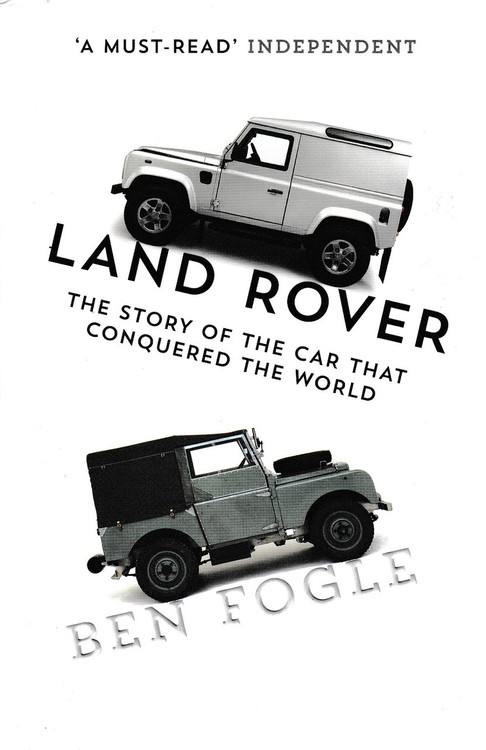 It is said that for more than half the world's population, the first car they ever saw was a Land Rover Defender, which has remained relatively unchanged for nearly seven decades.

To understand this national love affair, Ben has travelled the length of the British Isles in a Defender, spending time with fellow Land Rover enthusiasts.

After 67 years and 2 million vehicles the Land Rover Defender has ceased production, and this book is a fitting tribute to this most British institution which has stood as a beacon of durability and Britishness across the world.

Every Land Rover has its own unique story to tell.

This is the story of the world's favourite car.

Gentlemen, Start Your Engines - The Rest of the Story... (by Wilbur Shaw)

MSRP:
Now: $129.95
Was:
Hard cover, 384 pages including 64 new text pages by Bob Gates and 67 new color and B&W photos. written by Wilbur Shaw with new text by Bob Gates An informal autobiography of an immortal...

MSRP:
Now: $199.00
Was: $299.00
Its perfect synthesis of technology and design has made BMW one of the most influential brands in the world. This compelling illustrated volume gives the readers privileged insight into the unique...

MSRP:
Now: $190.00
Was:
The rediscovery of the wondrous ‘Bugatti’ world made up of extraordinary cars, at centre stage in the first three decades of the last century and magically put back together on the...

MSRP:
Now: $19.95
Was:
A Buick was regarded as staid but solid, not a cheap car, but not too expensive either. Traditionally its image was favoured by doctors; it was well-appointed and stylish, not flashy, but dependable;...

MSRP:
Now: $80.00
Was:
The 3-cylinder Triumph Trident and BSA Rocket 3 were developed to compete with Honda’s forthcoming 750cc motorcycle. Initially they did not compare well – although very fast, they lacked...