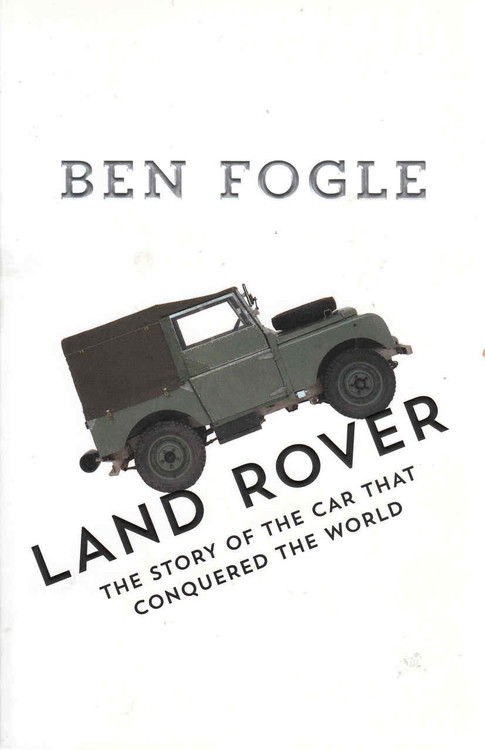 It is said that for more than half the world's population, the first car they ever saw was a Land Rover Defender, which has remained relatively unchanged for nearly seven decades.

To understand this national love affair, Ben has travelled the length of the British Isles in a Defender, spending time with fellow Land Rover enthusiasts.

After 67 years and 2 million vehicles the Land Rover Defender has ceased production, and this book is a fitting tribute to this most British institution which has stood as a beacon of durability and Britishness across the world.

Every Land Rover has its own unique story to tell.

This is the story of the world's favourite car.

MSRP:
Now: $79.95
Was:
By: Paul Woods . One of the world's most versatile and engaging vehicles is celebrated in this Ludvigsen Library book. Conceived by Maurice Wilks of the Rover Motor Company as Britain's answer to the...

MSRP:
Now: $89.95
Was:
By: Martin Hodder . It took less than a year to take the first Land Rover from concept to production, an astonishing feat compared with the huge investment in time and money deemed necessary for a...

MSRP:
Now: $20.95
Was:
STOP! Don't buy a Land Rover Series III without buying this book FIRST!  Having this book in your pocket is just like having a real marque expert by your side. Benefit from...

MSRP:
Now: $69.95
Was:
By: Brooklands Books . Description Laverda launched a 500cc twin cylinder 8-valve machine named the Alpina in 1977, it was renamed Alpino and Zeta in the USA. Laverda Models covered: Alpina,...