Leyland P76 - Anything But Average 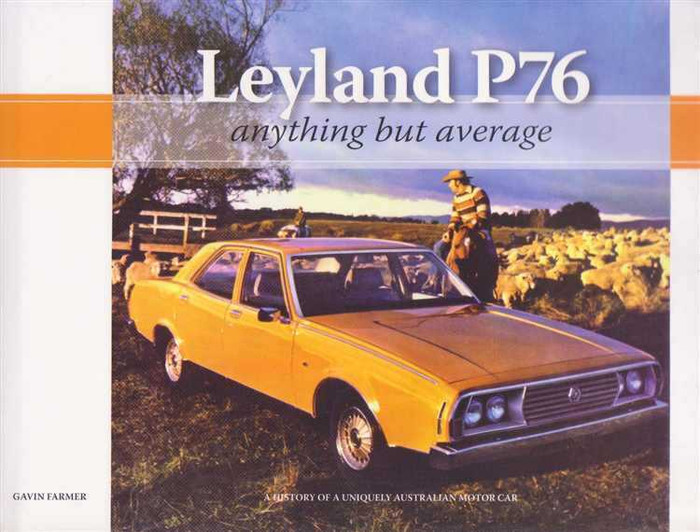 Leyland P76 - Anything But Average

A history of a Unquely Australian Motor Car.

The Leyland P76 came onto the Australian market in mid-1973 at a time when buyer interest was swinging towards smaller, more fuel-efficient cars. Near hysteria was being generated by the media because of the Middle East conflict that had led to escalating oil prices and the belief that oil reserves were finite, that in all conscience we should be driving cars that were more economical than the traditional Australian family car.

The main beneficiaries of this situation were the Japanese manufacturers. Sales of small and medium- sized Toyota Corolla and Corona, Datsun 120Y and 180B, Mazda 808 and Capella 1600, Mitsubishi Colt and Sigma exploded almost beyond the companies' ability to supply. That situation in turn led to import quotas being introduced in Australia.

Into this maelstrom of turmoil Leyland marched boldly with their uniquely Australian P76 saloon. It was the first time a British company had dared to design and manufacture a car specifically for local conditions rather than continue the old practices of mildly modifying an English-designed model. The Leyland P76 matched or bettered its three rivals in every respect but it must be said that the timing of its release was unfortunate—a team of designers and engineers led by David Beech had worked for more than four years and were committed to their dream.

It was a good car whose life was marred by a series of events that were taking place in other parts of the world and over which Leyland Australia had absolutely no control.

Media appreciation was at an all-time high for a Leyland product—the P76 V8 won the Wheels magazine Car of the Year award—and the dealers were inundated with orders but in the climate of events it was only a matter of time before something unexpected happened and in October 1974 the company announced its closure in Australia. It was a sad time in Australia's industrial history.

The Leyland Man - The History, Rediscovery and Resurrection Of The Early Leyland Omnibus

MSRP:
Now: $149.95
Was:
By: Mike A. Sutcliffe . Mike Sutcliffe is a man with a passion. That passion is the early Leyland motorbus and he has devoted the last thirty years of his life to the rescue and restoration of...

MSRP:
Now: $395.00
Was:
This book is limeted to 50 leatherbound copies. This is number 14, signed by the late Mrs Diana Gaze & the late Graham Howard.

MSRP:
Now: $59.95
Was:
By: Andrew Vand De Burgt . There has never before been a Formula 1 driver like newly crowned World Champion Lewis Hamilton — nobody else in the history of the sport has made such an impact in...

MSRP:
Now: $195.00
Was:
Brand New Rare Book by Graham Howard. ISBN 9780908031795, like new condition A great many people, both in Australia and overseas fondly remember Lex Davison as an outstanding driver of...

MSRP:
Now: $89.95
Was:
By: Mark Hughes . No driver has ever made such an instant impact on the sport of F1 racing as Lewis Hamilton. The first black Grand Prix driver, his astonishing level of success in his rookie season,...

MSRP:
Now: $59.95
Was:
By: BMC-Leyland Australia Heritage Group . In the heyday of Australian cars, one of the "Big Four" local manufacturers defied the national craze for large family sedans, wagons, vans and utes...

MSRP:
Now: $89.95
Was:
By: Ian Stafford . Lewis Hamilton: New Kid on the Grid is the definitive record of Hamilton's rapid elevation to the highest level of motor racing in just nine months. A rookie from Hertfordshire,...