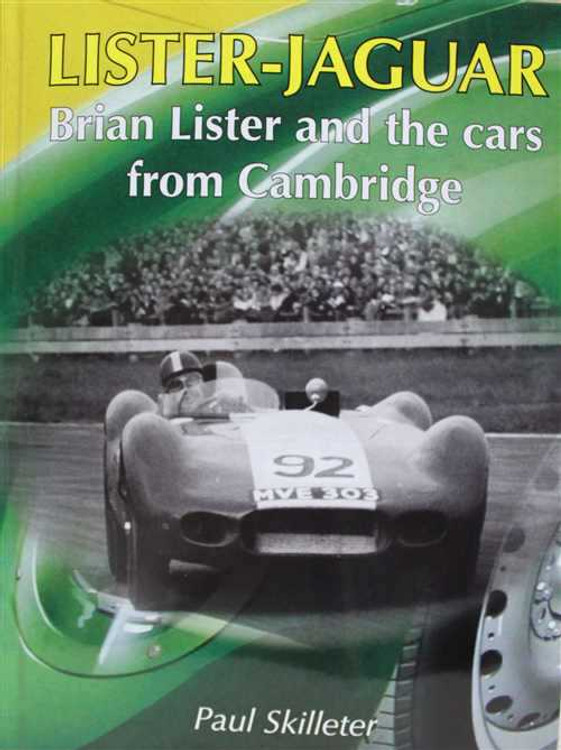 The Lister-Jaguar was Britain’s most successful big-engined sports racing car of the late 1950s, especially when driven by the brilliant Archie Scott Brown – the handicapped motor racing hero with film star looks.

The story of Brian Lister and the Lister-Jaguars evokes the late 1950's era of glorious front-engined sports cars driven by the top drivers of the day. It is told often through the words of the car’s creator, Brian Lister himself, who has also contributed unique material from his own archives. This augments the hundreds of photographs from Ted Walker’s Ferret Fotographics, most never published before, and rare Kodachromes taken by ‘Dick’ Barton, Lister’s chief race mechanic.

Through this extensive and unique selection of several hundred high-quality monochrome photographs, plus rare period Kodachromes, the book tells how - often in his own words - Brian Lister evolved a series of sports racing cars which culminated in the all-conquering Lister-Jaguars of the late 1950s.

Also included is material on the remarkable Archie Scott Brown, the handicapped motor racing hero who from almost nowhere, rose to take on established stars such as Stirling Moss, Mike Hawthorn, Tony Brooks and Roy Salvadori - though his story is tinged with tragedy, as he died in an accident at Spa in May 1958.

The Lister-Jaguar won at almost every circuit in Britain and, entered by Briggs Cunningham, was virtually unbeatable in America. It continued to keep the Jaguar name in the forefront of sports car racing long after the D-type became obsolete. The green and yellow cars from Cambridge were simply the best of their kind, and added lustre to Jaguar's name and to the reputation of British engineering.

Archie And The Listers

MSRP:
Now: $95.00
Was:
By: Robert Edwards . Ace exponent of the four-wheel drift, world class sports car and Formula 1 driver of the 1950s, and enjoying the same adulation from fans as contemporaries Stirling Moss, Mike...

MSRP:
Now: $295.00
Was:
By: John Starkey, Esa Illoinen, Ken Wells . The illustrated record of all Lola cars from 1978 to 1997. The knowledge of three experts pooled to provide full detail on all the different types of Lola...

MSRP:
Now: $49.95
Was:
By: Brooklands Books . The restyled 1961 Continental was a massive success and remained so until a new range was introduced in 1969. Now designated the Mk III, this car had a new design engine, a V8...