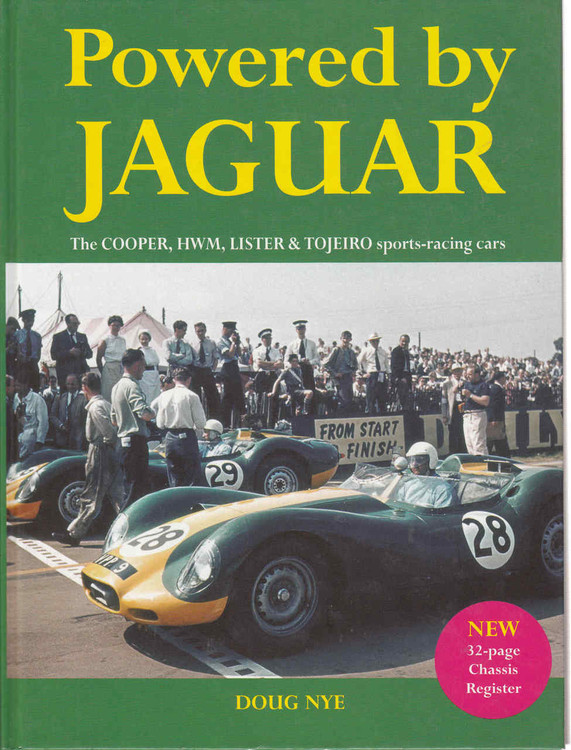 This expanded edition published in 2005

One of the formative influences which shaped my enthusiasm for motor racing in almost all its forms was early contact as a schoolboy with a locally kept and maintained Lister-Jaguar. In period I thought it was a fabulously exotic beast. Subsequent experience and growing knowledge persuaded me that this was not — perhaps — the case, and a sense of proper perspective later placed such competition specials based upon off-the-shelf production Jaguar bits into a more realistic category within my scheme of things.
Even so I have never lost my soft spot for these cars and for those who created, built, raced and subsequently preserved them for later generations to enjoy. In 1978-79, John Blunsden of Motor Racing Publications, who some 15 years previously had given me my very first job on Motor Racing magazine, asked me to produce the original edition of this book on the HWM-, Cooper-, Tojeiro- and Lister-Jaguars.

MSRP:
Now: $350.00
Was:
By: Paul Skilleter . The Lister-Jaguar was Britain’s most successful big-engined sports racing car of the late 1950s, especially when driven by the brilliant Archie Scott Brown – the...

MSRP:
Now: $59.95
Was:
By: Carl H. Munroe . Chevrolet produced over 17 million aluminum Powerglides from 1962 through 1973. While never a popular performance transmission during its production run, the Powerglide has...

MSRP:
Now: $59.95
Was:
By: John Gunnell . Description Today's restorer has a wealth of resources available that didn't exist just a few years ago. It is no longer necessary or feasible to perform every step of a ground-up...

MSRP:
Now: $129.95
Was:
By: Jean Dieuzaide . Jean Dieuzaide is a well known French photographer who is as talented as the famous Cartier Bresson, Doisneau or Boubat. Nevertheless he remains unknown to fans of car races...

Preparing the Yamaha YZ and IT for Competition

Postcards From Detroit - Remembering Formula 1 in the Motor City