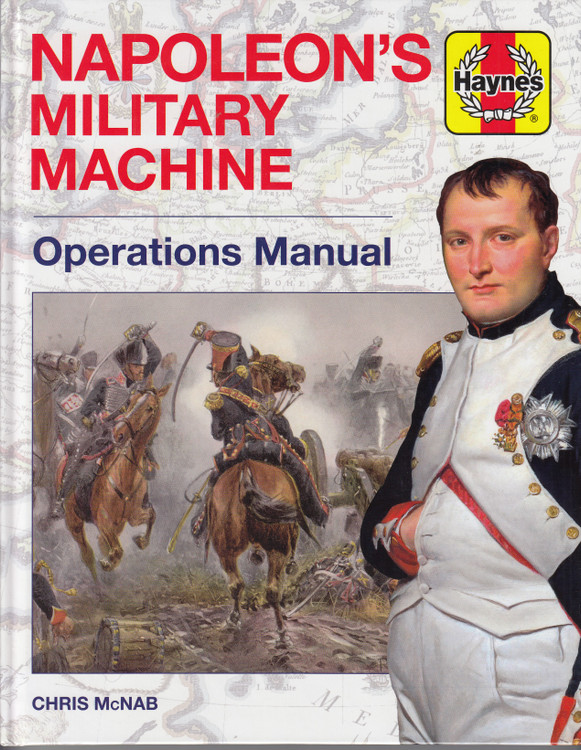 Product description
The Grande Armee of Napoleon Bonaparte is widely acknowledged to be one of the greatest fighting forces ever deployed. With it the French scored a streak of historic victories that gave them an unprecedented grip on power over the European continent. At its peak it was made up of 680,000 men, a huge multi-national force of officers, infantry and cavalry, artillery and support services masterminded by a superior and highly flexible system of corps, divisions, brigades and regiments, commanded by officers in which Napoleon placed a huge degree of trust and autonomy to operate within the outlines of his strategic objectives.

Looking closely at how this military machine was constructed and mobilised this book will examine all aspects of the Grande Armee, from individual soldiers, what they wore, ate, slept in and were paid, to the chain of command, recruitment and training, intelligence and comms, and logistics and battle tactics.

The legacy of Napoleon's army will be assessed, and how his organization and management initiatives influenced national armies around the world in ways that can still be seen today.

Author: Chris McNab is an author and editor specializing in military history and technology. To date he has published more than 40 books, including A History of the World in 100 Weapons and The Greatest War Machine of the Ancient World. He has also written extensively for major encyclopedia series, magazines and newspapers. He lives in south Wales, UK.

MSRP:
Now: $49.95
Was:
Operations Manual April to June 1982 When Britain sent a Naval Task Force to the South Atlantic in 1982 to reclaim the Falkland Islands from Argentinian invaders, it was a triumph of logistical...

MSRP:
Now: $89.95
Was:
By: Graham Robson . Like the car itself, New Mini has proved a hot property, selling more than 7,000 copies - and Practical Classics termed the book 'excellent'. So much has happened since...