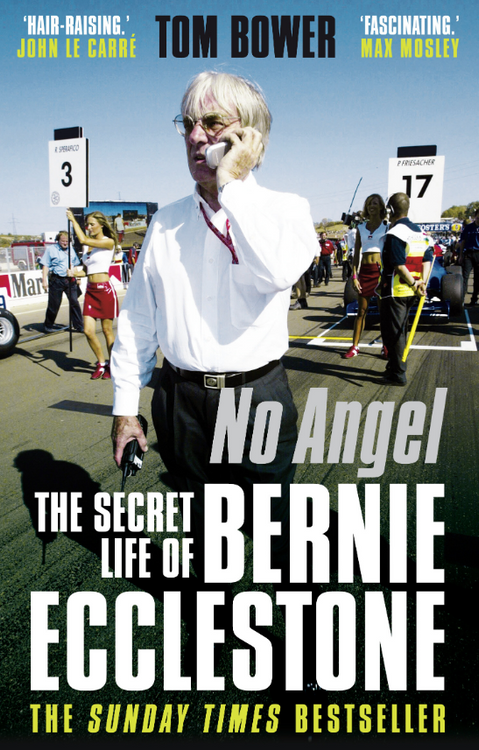 ABOUT THE BOOK 'I'm no angel.' Bernie Ecclestone

Born into poverty, Bernie Ecclestone has made himself a billionaire by developing the world's second most popular sport - Formula One racing. Private, mysterious and some say sinister, the eighty-year-old criss-crosses the globe in his private jet, mixing with celebrities, statesmen and sporting heroes. His success is not just in creating a multibillion-pound global business but in resisting repeated attempts to snatch the glittering prize from his control.

Ecclestone has never before revealed how he graduated from selling second-hand cars in London's notorious Warren Street to become the major player he is today. He has finally decided to reveal his secrets: the deals, the marriages, the disasters and the successes in Formula One racing, in Downing Street, in casinos, on yachts and in the air.

Surprisingly, he has granted access to his inner circle to Tom Bower, described by Ecclestone as 'The Undertaker' - the man who buries reputations - and has given him access to all his friends and enemies. All have been told by Ecclestone, 'Tell him the truth, good or bad.'

No Angel is a classic rags-to-riches story, the unique portrayal of a unique man and an intriguing insight into Formula One racing, business and the human spirit. Tom Bower is the author of nineteen books, including biographies of Robert Maxwell, Mohamed Fayed, Gordon Brown, Richard Branson, Conrad Black and more recently, Simon Cowell.

MSRP: $89.95
Now: $39.95
Was:
By: Terry Lovell . He is the man who created modern-day Formula One. He is both feared and admired for the way in which he masterminded its transformation from an amateur sport of the fifties into a...

MSRP:
Now: $44.95
Was:
Apollo 17 was the last of six Moon landings carrying astronauts to different places on the lunar surface. The last three flights were greatly extended in duration, providing opportunity...

MSRP:
Now: $159.95
Was:
The World Championship story race-by-race: 1950–2015 By Roger Smith Foreword by David Croft This remarkable book is the third edition of an acclaimed work of reference about Formula 1. It...

MSRP:
Now: $159.95
Was:
The Concours d’Elegance market within the historic car world is one of the most vibrant and growing sectors. From its grass roots as a competitive element in most classic car club shows...