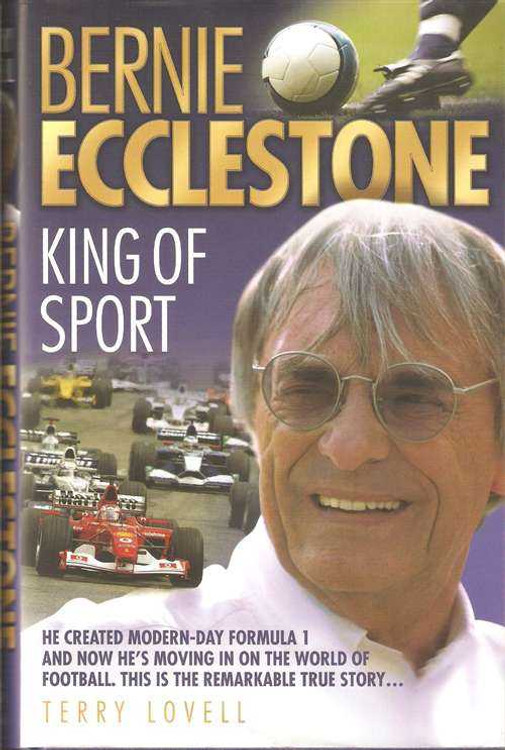 He is the man who created modern-day Formula One. He is both feared and admired for the way in which he masterminded its transformation from an amateur sport of the fifties into a global billion dollar industry of the 21st century. And now, with his £2.5bn fortune, influence and power, Bernie Ecdestone has moved into the world of soccer with Renault Fl boss Flavio Briatore to turn Queen's Park Rangers, a struggling west London club, into a serious rival to the capital's glamour club, Chelsea.

Overnight, QPR has access to more wealth than Real Madrid, able to compete with the cheque-book of Roman Abramovich, Chelsea's Russian billionaire owner.

But what makes Bernie run? What lies behind the poker-face of this deal-maker extraordinaire, who, for nearly forty years, has ruthlessly exploited and dominated Formula One?

To many he became the saviour of the sport, but there have also been those who have suffered at this hands — the weak and the gullible, the politically naive and unsuspecting. They have a different story to tell.

Bernie Ecdestone, King of Sport reveals the unbridled avarice, callousness and corruption behind the hype of Formula One — and the warts-and-all character of the man who is now cashing in on the beautiful game.

This is the true, astonishing story of the single most powerful man in world sport today.

Sports Clothes For Your Sports Car

MSRP:
Now: $19.95
Was:
Originally put together by the War Office in 1944, this booklet was re-issued by After The Battle in 1990 after the fall of the Berlin Wall. All the precise locations of important Nazi buildings are...