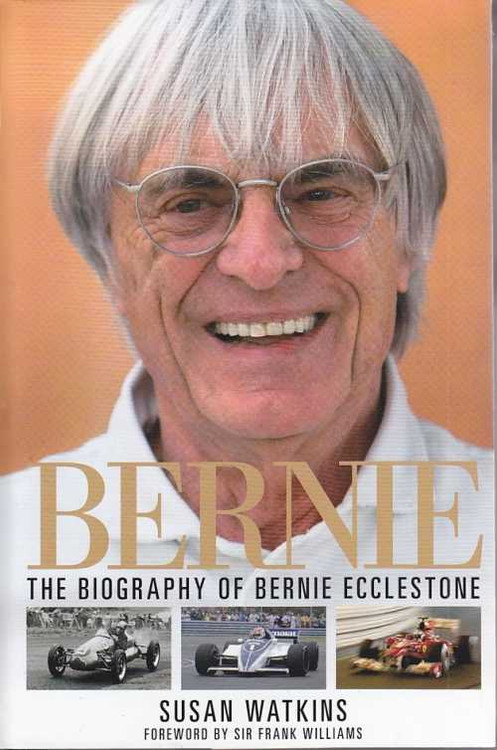 This is the story of a working-class man born with an almost infallible Midas touch. His genius for making money took him from a quiet upbringing in rural Suffolk to the world's stage. And he made the world his stage, taking the greatest show on earth — the Formula 1 World Championship — to almost every part of the globe.

As a child, Bernie Ecclestone got up at five in the morning to deliver newspapers on two separate rounds, then collected cakes to resell at a profit in the school playground. In his early twenties he could swagger through London's tough cauldron of used car sales, Warren Street, where his swift, smart sales technique earned him the respect of the street's shrewdest dealers along with the nickname 'the Whippet'.

This man, the ultimate risk-taker, learned how to combine his mastery of negotiation and political manoeuvre with his love of motor racing, shaping Formula 1 into the world's richest sport — and making himself one of Britain's richest citizens. His journey to power is a business story that ranks among the most amazing of modern times, the story of a charismatic man who would never give up, no matter what, and became one of the UK's most successful — and controversial — businessmen.

This thoughtful biography by Susan Watkins, who has known Bernie as a friend for thirty years, paints a full picture of the complex billionaire who once told her 'I've hurt people'. As a Formula 1 insider, with privileged access to senior figures in the sport, she examines every aspect of Bernie's life and brings a wealth of insight and detail to a character still making headlines at the age of eighty.

MSRP:
Now: $69.95
Was:
By: Terry Lovell . He is the man who created modern-day Formula One. He is both feared and admired for the way in which he masterminded its transformation from an amateur sport of the fifties into a...

MSRP:
Now: $69.95
Was:
By: Terry Lovell . He is the man who created modern-day Formula One. He is both feared and admired for the way in which he masterminded its transformation from an amateur sport of the fifties into a...