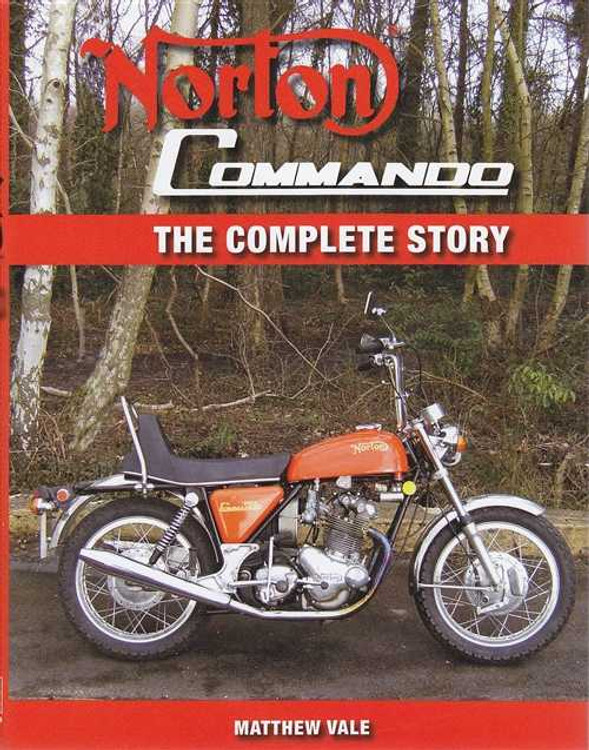 The Commando was the main bike in Norton's range from 1968, and was produced until the demise of Norton Villiers Triumph in 1977. The bike featured the unique 'Isolastic' system that rubber-mounted the engine and protected the rider from the twin-cylinder's vibrations. The model range provided the rider with a choice of touring and sporting models, as well as offering special police machines and off-the-shelf production racers. Commandos feature strongly in today's classic scene, and offer excellent performance and spares availability, as well as a vast range of improvements and updated components.

This book looks at the history and development of the Commando and describes the various models that made up the range. It gives a detailed technical analysis of the bikes and charts the development of the range from its prototype in 1967 through to the end of production in 1977. Also included are interviews with past and present owners, discussing the pros and cons of owning and running the bikes. Hints and tips are given on running the bikes today, and sources of advice and information are identified. Finally there is a blow-by-blow account of the author's restoration of a 1971 750cc model that had been re-imported into the UK from America needing a complete rebuild.

Illustrated throughout with photographs and diagrams both modern and period, this is a complete and readable resource for all owners of a Commando, and the perfect companion for anyone considering acquiring or restoring one of these charismatic British bikes.

Matthew Vale started his motorcycling career in 1974 at the age of sixteen with an NSU Quickly moped. This was followed by a BSA Bantam and a BSA B25SS Gold Star. He continued riding for a further ten years, eventually owning a Triumph T140E Bonneville. Between the mid-1980s and the late 1990s his career and family commitments kept him from biking but the bug never really went away and in 1998 he bought his first restoration project, a 1970 Triumph Bonneville. He started writing books and articles about classic bikes in the early part of the new millennium.

This is his fifth book for Crowood: he is also the author of BSA Unit Construction Twins, BSA Unit Singles. Triumph Twenty-one to Daytona and Triumph 650cc and 750cc Twins.

MSRP:
Now: $24.50
Was:
By: Peter Henshaw . Having this book in your pocket is just like having a real marque expert by your side. Benefit from Peter Henshaw's years of experience, learn how to spot a bad bike quickly,...

MSRP:
Now: $79.95
Was:
By: Roy Bacon . 'The unapproachable Norton, the world's best roadholder' There can be no question as to the status of the Manx Norton. It is the world's firm favourite for the accolade of ' the...