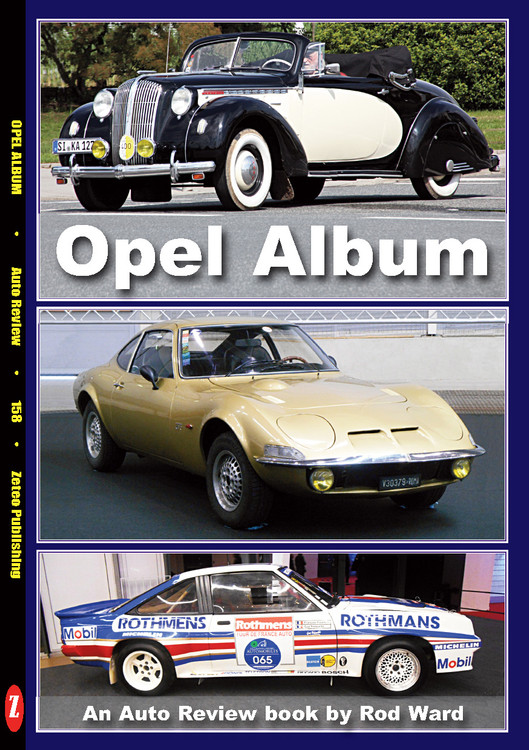 Adam Opel was born in 1837, and originally trained as a locksmith, then he turned to making sewing machines, adding bicycles to his product range in the late 19th century. His four sons were avid bicycle racers, and took the lead when the family firm made motor vehicles. After the Great War the firm made popular cars, and it was acquired by General Motors, to access the growing German economy. Its American ownership aroused the suspicion of the Nazi authorities, so Opel did not play as large part in the German war effort as some other companies. Postwar recovery of the German economy carried Opel along on a tidal wave of growth, producing vast profits for GM, who gave to Opel the lead role in their international expansion, rather than other overseas subsidiaries such as Vauxhall or Holden. Many interesting and world-leading car designs were produced from the 1970s to the 1990s. The strategy to build ‘world cars’ would eventually mean, however, that Opel’s home market position was weakened. GM seemed to have few ideas on how to solve Opel’s problems other than by cost-cutting, and they tried to sell Opel on a number of occasions, notably to Magna and to Fiat, but without success. Having allowed the leading British truck brand, Bedford, to die of neglect, GM seemed likely to oversee the collapse of Opel (and its UK arm Vauxhall). Luckily another motor manufacturer could see the potential. PSA Group acquired Opel in 2017, and within a year it was showing a profit, a good augury for the future of the 150-year old Adam Opel company.
I would like to dedicate this publication to an old friend, Chuck Jordan. In his career at GM Chuck designed the 1959 Cadillac. In his private life he was a keen Ferrari owner and fan. From 1967 to 1970 he was Opel design director, responsible for such stylish cars as the Manta coupe and the Opel GT. After his years in Germany, Chuck returned to the USA, and in 1986 he became Vice President of Design at General Motors, a role previously held by his heroes Bill Mitchell and Harley Earl.
Chuck Jordan retired in 1992, and he died in 2010.

MSRP:
Now: $19.95
Was:
paperback, 31 pages,  International Harvester (IH) was created in a 1902 merger between the McCormick Harvesting Machine Co and the Deering Harvester Co,production concentrating on tractors and...

MSRP:
Now: $295.00
Was:
Imagine: Automobile Concept Art from the 1930s to the 1980sSigned and Numbered Limited Edition of 100 Copies by Patrick Kelley (book number can vary) The golden age of American...

MSRP:
Now: $29.95
Was:
Benefit from the author’s experience, with the facts you need to decide if a Triumph Spitfire or GT6 is for you. Learn how and where to buy one, and whether to restore or to buy a good...

MSRP:
Now: $99.95
Was:
FOR the first time, the ultimate history of the Bathurst 12 Hour is being published to mark 10 years of the event catering to exotic GT3 sports cars, a thrilling era of racing that opened the iconic...

The Third James Flood Book of Early Motoring (in Slipcase)