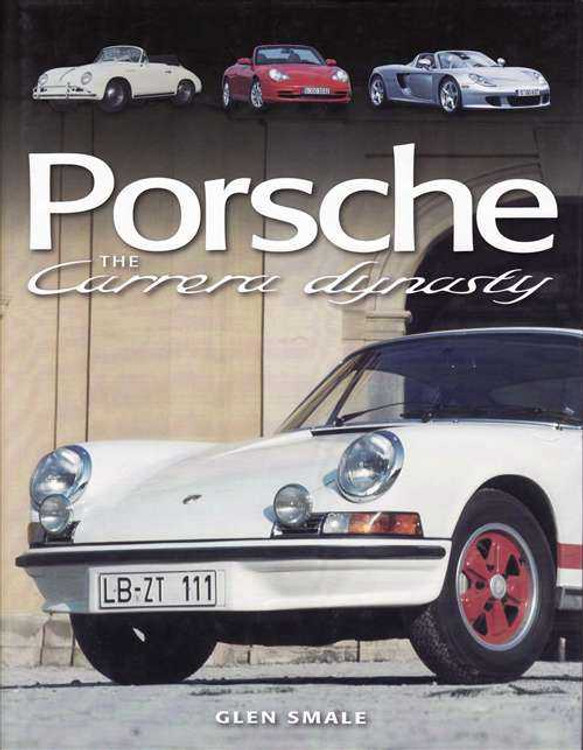 Mention the name Carrera and one thinks immediately of gritty racing drivers in sweat-stained overalls, battling at the wheel through the harsh and dry hinterland of Mexico with little in the way of support. These were the treacherous conditions into which the fledgling Porsche company thrust its 550 Spyder during those tortuous days of La Carrera Panamericano in the early 1950s.

Today few other names conjure up images of such hard-won achievements and determination in the motoring world. Once used as a loose reference for Porsche's first four-cam engine, the Carrera name has since been applied to models ranging from its top performer to the whole 911 range. Of course, the Porsche Carrera itself has come a long way in the past 50 years, with today's driver more likely to be wearing a business suit than racing overalls.

Although much has been written on the subject of Porsche to date, there has been little research into the famous Carrera name. In tracing its heritage, Glen Smale takes us on a journey around the world, back through the history of Porsche to its entry in that Mexican race in 1953, and beyond to the very origins of the company itself. This is not just a story of motorsport victories but also of adapting to changes in the market and, most importantly, the proud personnel who made up the company of Porsche.

Glen Smale is a lifelong motoring enthusiast whose writing has covered magazine features, books and automotive marketing. Graduating with a Marketing degree from Rhodes University, South Africa, he has a strong interest in cars and people and how these two interact.
In 1995 he founded Automotive

Research, which specialises in providing research services to the motor industry and related media.

MSRP:
Now: $29.95
Was:
By: Adrian Streather . Description STOP! Don't buy a Porsche 911 (993) without buying this book FIRST! Having this book in your pocket is just like having a real marque expert by your side...