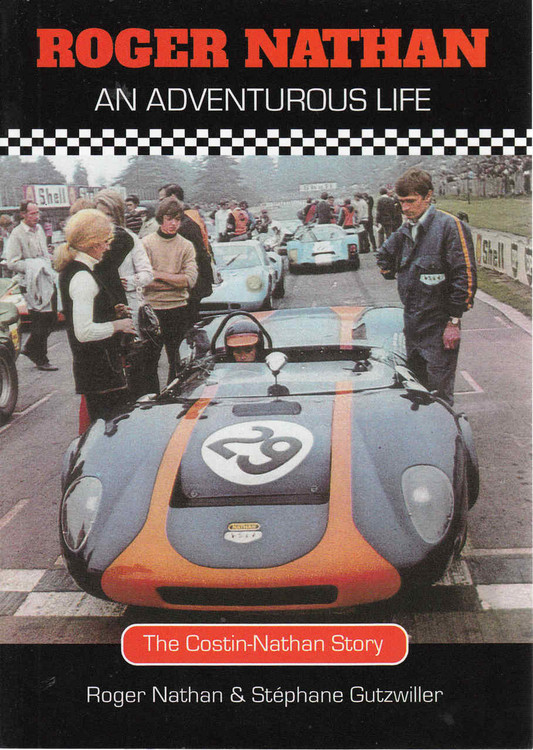 Roger's father was a close friend and business associate that I truly appreciated. When Roger started racing cars our paths often crossed.

I sold him the only single seater racing car that he ever drove. Happily he seems to have forgiven me for the Elva FJ! The racing drivers in those days were exploring one of the 20th century's last frontiers, speed. They were doing it with style, fair play and an almost total disregard for money and safety. With talent and determination Roger reached the top British ranks in the 1960's.

His greatest achievement is to have successfully manufactured a racing car that bears his name. It is quite a legacy by today's standard and it shows what an adventurous period the 60's were for motor racing. It was fraught with risks but was also full of opportunities. A determined 22- year old constructor was able to compete successfully against more powerful cars supported by a major manufacturer.

Roger's 1966 victory at Montlhery in his own car against the Abarth factory team, who were represented by no less than five cars in a European Championship qualifying event, epitomised the fight of David against Goliath. It made great entertainment. Today I am quite happy to immerse myself again in the actions of a forgotten past brought back to life in Roger's book.

MSRP:
Now: $99.95
Was:
By: Roger Clark . At the height of his career in the 1970s, Roger Clark was unquestionably the finest rally driver Britain had ever produced, someone who could take on and beat the...

MSRP:
Now: $39.95
Was:
Remember setting up your Scalextric set on the carpet? The excitement of trying to get the layout to fit the room, then seeing if it still worked when you plugged it in? You probably still have your...

MSRP:
Now: $89.95
Was:
When Ford rolled out the Mustang in April 1964 it was an instant hit. Even with its immense popularity it didn’t stop Ford Corporate, zone managers, and dealerships from taking it an extra step...

MSRP:
Now: $160.00
Was:
When launched at the Geneva motor show in 1971, the Lamborghini Countach was like a vision of the future, with its incredibly radical styling by Bertone s Marcello Gandini. Through various...

MSRP:
Now: $89.99
Was:
By: Paul Grushkin . With the help of more than 1,000 evocative images, including many not previously seen in print, prominent rock historian Paul Grushkin presents the expansive celebration of the...

MSRP:
Now: $57.50
Was:
By: Doug Roe . Rochester Carburetors - Learn how your carburetor works and what changes gives best economy or performance. Here's the definitive book on selecting, installing, tuning and modifying...

Robert Bosch - His Life And Achievements