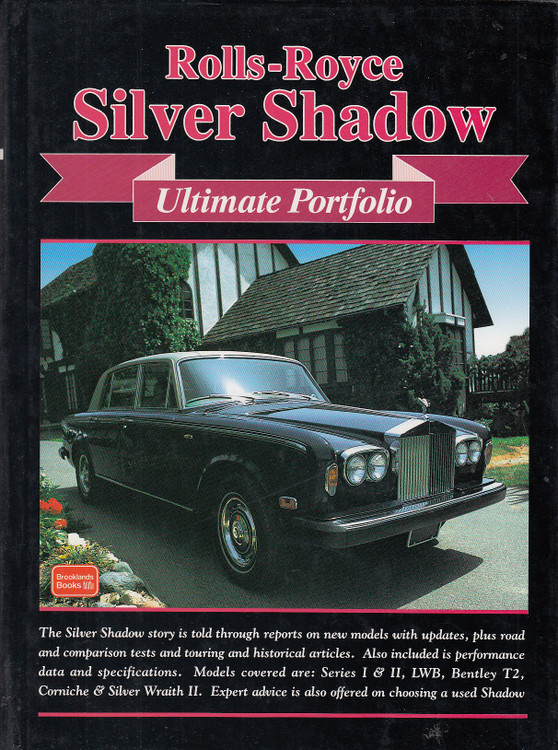 Announced in 1965 this was the first monocoque design from Rolls-Royce thus bringing an end to the variety of custom-built bodyshells of the past. In time the Silver Shadow and its Bentley T-type cousin became recognized as great cars just like their forebears. In-house coachbuilders, Mulliner-Park Ward produced an attractive two-door body with flowing wing lines which was offered as a fixed-head coupT or a convertible. From 1971 this was marketed as the Corniche, a model seen as separate from the Silver Shadow. This is a book of contemporary road and comparison tests, technical and specification data, detailed production changes, touring, driver's impressions, history. Models covered include: Series I & II, LWB, Bentley T2, Corniche, Silver Wraith II.

MSRP:
Now: $59.95
Was:
By: Brooklands Books . The story of the Rolls-Royce Silver Cloud and the Bentley S Series is traced through contemporary magazine articles. Included in this volume are road tests, touring trials, new...

MSRP:
Now: $19.95
Was:
Author: Rod Ward, Softbound, 31 Pages, organisation (as Morris-Commercial from 1924) who often competed against each other producing commercial vehicles, before combining as the British Motor...