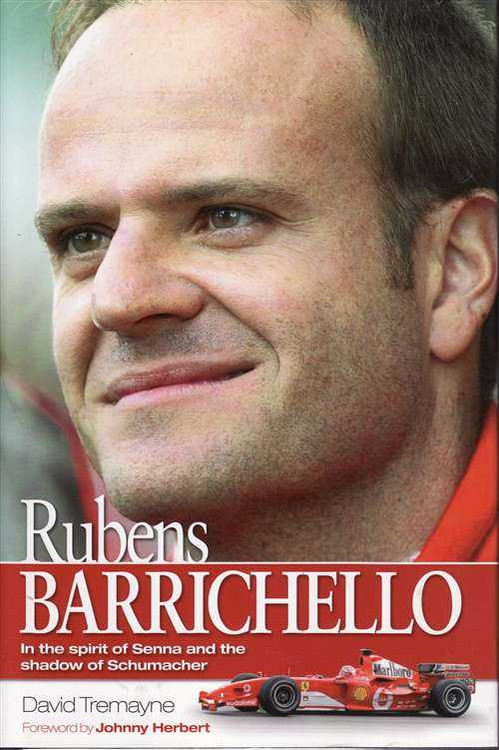 With Rubens Barrichello, what you see is what you get. Ever since the Brazilian burst on to the Fl scene with Eddie Jordan's emergent team in 1993, he has evinced uncomplicated openness and a great sense of humour, wrapped within the cloak of deep-rooted determination that marked him out right from his early days of competition as a man destined to race at the highest level. It's small wonder that he is one of the sport's most enduringly popular characters.

At first competing with Ayrton Senna as both a friend and a mentor, Barrichello had to grow up in a hurry when his great compatriot was killed at Imola during the San Marino Grand Prix in 1994, and thereafter had to carry both Senna's torch, and Brazil's, as their leading driver. At times, at both Jordan and subsequently at Stewart Grand Prix, this proved an onerous task, but since moving to Ferrari to join Senna's successor, Michael Schumacher, in 2000, Barrichello has risen steadily to establish his own distinct career and a reputation as one of the few men who, on their day, can genuinely challenge and beat the German champion.

Award-winning writer David Tremayne first met Barrichello in 1992 and has been present at every one of his Grand Prix outings, witnessing his moments of promise, such as the European Grand Prix at Donington in his debut season; the moments of despair and near tragedy, such as Imola a year later; and his moments of triumph, not least that dramatic breakthrough victory at Hockenheim in 2000.

In this unofficial biography he probes beneath the outgoing exterior to examine the motivations and philosophy of an emotional, determined and very quick individual whose fundamental character, despite the intense pressures of his job, remains as engaging as it was when he took his first tentative steps in Fl back at a chilly Silverstone late in 1992.

MSRP:
Now: $89.95
Was:
By: Steve Magnante . Book Descrtiption Automotive junkyards used to serve as sources for used auto parts, and any vehicle past its prime could very well end up there. Whether it had been damaged by...