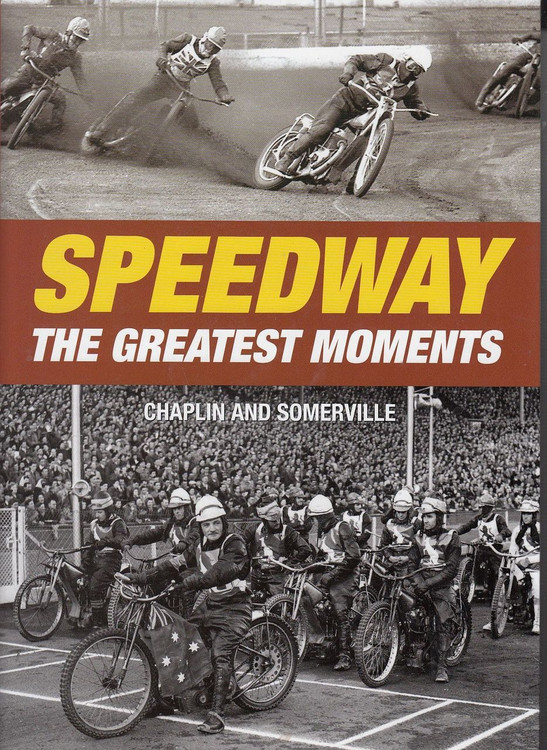 SPEEDWAY: THE GREATEST MOMENTS is just that ... the sport's most memorable events and personalities vividly described in CHAPLIN'S brilliant words and SOMERVILLE'S incredibly rare and classic pictures.

All speedway life is here. The highs and the lows. CHAPLIN and SOMERVILLE have set out on a remarkable odyssey to reveal, as only they can, the entire speedway spectrum - from the simple idolatry of the humble fan to the high drama that has created speedway's moments of greatest sporting endeavour.

From the story of how the modern phenomenal on-track understanding of 2012 World Champion Chris Holder and his team mate the precocious Darcy Ward compares with that of the Incredible Parkers — Jack and Norman — to how speedway riders cope with seeing a fatality before their very eyes.

It's all in SPEEDWAY: THE GREATEST MOMENTS the magnificent sequel to CHAPLIN and SOMERVILLE'S top-selling SPEEDWAY SUPERHEROES.

John Chaplin is generally acknowledged throughout the speedway world to be the leading authority on the history of the sport. An author and broadcaster, his pedigree goes back almost 60 years, and this book is based on his writings during that time, including his acclaimed regular contributions to Speedway Star magazine and his own hugely successful Vintage Speedway magazine.

John Somerville has spent a fortune acquiring from the world's top speedway photographers their best and most vivid pictures. They appear in publications throughout the world. He is dedicated to preserving the sport's most iconic images.

MSRP:
Now: $79.95
Was:
By: Robert Bamford . At last - speedway has its own annual publication! The Tempus Speedway Yearbook captures all the shale action of the past twelve months and presents it in a readily accessible...

Spitfire - The Legend Lives On