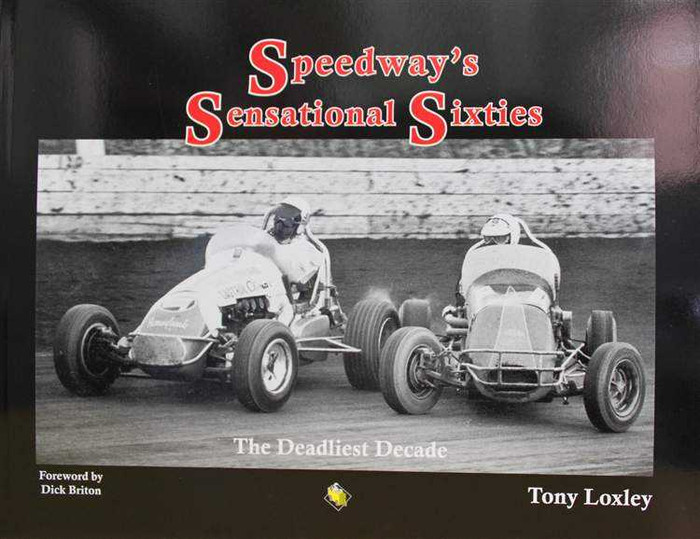 Australian speedway in the sixties was huge. Tracks would pull up to 30,000 fans into their stands. There was live television coverage, and the print media regularly gave the sport front page news exposure.

Drivers and riders were as revered as those sporting stars on the football and cricket fields, and like them, they too were house-hold names. Drivers such as Stewart, Freeman, Tattersall, Shepherd, Goode, Brock and Bonython, possessed charisma and showmanship like no other, and were in essence, a promoter's delight.

They put their lives on the line week in, week out, with many suffering near fatal crashes at one time or another during their careers.

Speedway's deadliest decade will not be forgotten by the hundreds of thousands of fans who shared what was a unique period in Australian motor sport, and one that remains a treasured period for many almost 50 years on.

Fords of the Sixties

MSRP:
Now: $69.95
Was:
By: Michael Parris . Continuing his classic series on the Ford Motor Company, Michael Parris gives us the inside stories of Ford during the Total Performance sixties. This decade brought us the...

Cadillacs Of The Sixties

MSRP:
Now: $199.95
Was:
By: Roy A. Schneider . Hundreds of clear photographs - largely factory originals - depict prototypes, production models, customs, engines and interiors of Cadillacs of the 1960s. Each model for every...

MSRP:
Now: $49.95
Was:
Ferrari: Race to Immortality DVD 91 Mins 1950’s; the deadliest decade in Formula 1 history. As cars pushed the limits of human ingenuity, drivers lived on a knife edge between life and death...