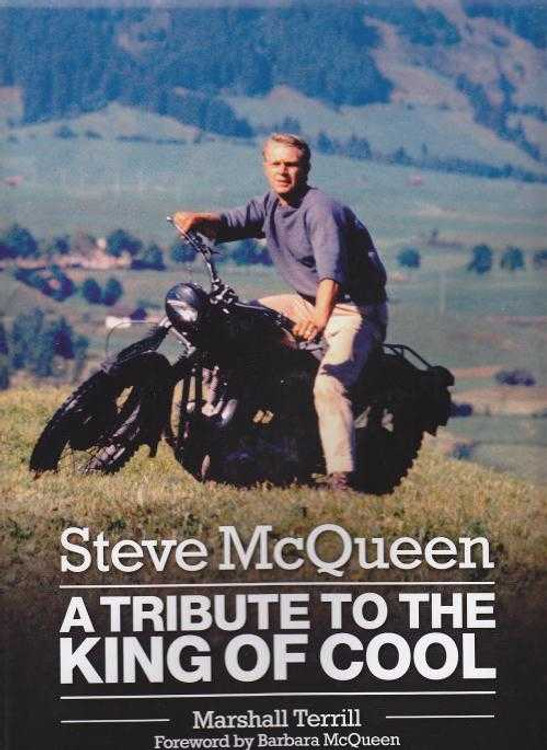 Steve McQueen: A Tribute to the King of Cool is the story of McQueen's incredible 50-year sojourn from troubled youth to movie icon beloved by millions worldwide.

His life read like a Hollywood screenplay: a Midwesterner from the wrong side of the tracks whose formative years were marked by dysfunctional behaviour, petty crimes and a stint in reform school. He bounced from job to job as a teenager and after a three-year term in the Marines, McQueen stumbled into acting. He eventually became the biggest movie star of The Beatles generation.

McQueen was cinema's greatest anti-hero while remaining a box-office champion at the same time. His macho swagger, rugged animal magnetism and vulnerability solidified his leading man status throughout the sixties and seventies in blockbusters such as The Great Escape, The Sand Pebbles, Bullitt, The Getaway, Papillon and The Towering Inferno. More than three decades after his death, his timeless look and utterly cool persona is the prototype for today's action movie star.

Off screen, McQueen was perhaps even more intriguing than the characters he played on celluloid. He was an expert motorcyclist and race-car driver, a licensed pilot, and a skillful martial artist. He was anti-establishment, a true rebel, a man's man, a lady's man and the original bad-boy.

Through this 360-degree perspective told in photo and passage form by family, friends, biker buddies, actors, directors, producers, business associates, acquaintances and fans from around the globe, you'll gain a deeper understanding of the man and get a little closer to the utterly charismatic, much loved and much missed 20th Century icon who was Steve McQueen.

Stephenson's Rocket And The Rainhill Trials

MSRP:
Now: $89.95
Was:
By: Ken Wickham . In the Standard Guide to Building Street Rods and Custom Cars, the Austin, Texas, resident provides a comprehensive guide to planning and undertaking a custom building project. ...

MSRP:
Now: $99.95
Was:
By: Mat Oxley . Book Description This is the remarkable true story of how one of Japan's biggest motorcycle manufacturers stole a Nazi rocket scientist's engine secrets from behind the Iron Curtain...

MSRP:
Now: $99.99
Was:
By: John Gunnell . The world's most popular book on the mighty American cars of the 1960s and 70s is back and better than ever. Updated with more specs, more information and more color than ever...

MSRP:
Now: $39.95
Was:
By: Steve Smith . Description all common handling problems listed with possible causes all possible chassis tuning changes and their effect on handling.   Other Details Publisher Code:...