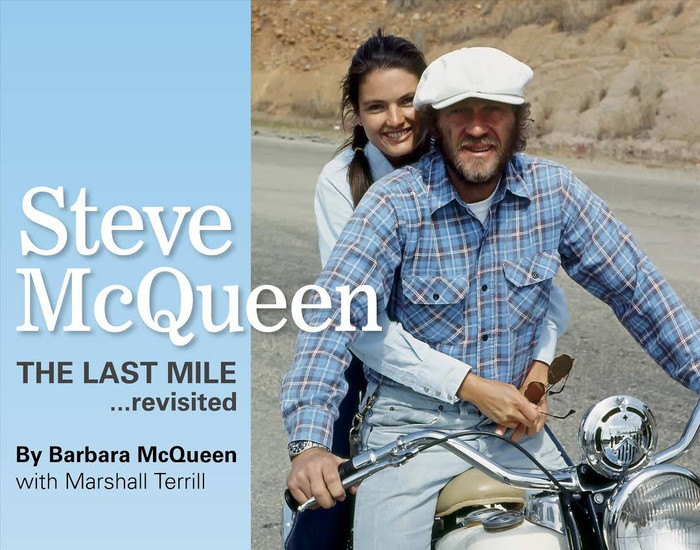 By Barbara McQueen and Marshall Terrill. The photo book contains approximately 150 pictures documenting Barbara McQueen’s three-and-a-half year relationship with the movie icon, which includes candid shots from 1977 to 1980 – McQueen’s years out of the spotlight. It chronicles Barbara’s early history and modeling career; her years with McQueen at Trancas Beach and Santa Paula as well as behind-the-scene photos on the sets of Tom Horn and The Hunter.

Marshall Terrill, veteran reporter for The Chandler (Ariz.) Connection and author of another best-selling Steve McQueen title, said the photo book is written in passage form, weaving Barbara McQueen’s personal history, her relationship with her famous husband and the stories behind the hundreds of candid pictures she took. It includes a special foreword by Pat Johnson, McQueen’s close friend and karate instructor.

MSRP:
Now: $199.95
Was:
By: Marshall Terrill . Description Steve McQueen: A Tribute to the King of Cool is the story of McQueen's incredible 50-year sojourn from troubled youth to movie icon beloved by millions worldwide...

By Walters Side Röhrl and Geistdörfer: The Dreamteam of Rallying (English Edition)

MSRP:
Now: $95.00
Was:
a book by Christian Geisdorfer, hardcover, published in 2018, 224 pages Walter Röhrl: world rally champion, driver-ace, legend. The greatest successes of his career would have been impossible...