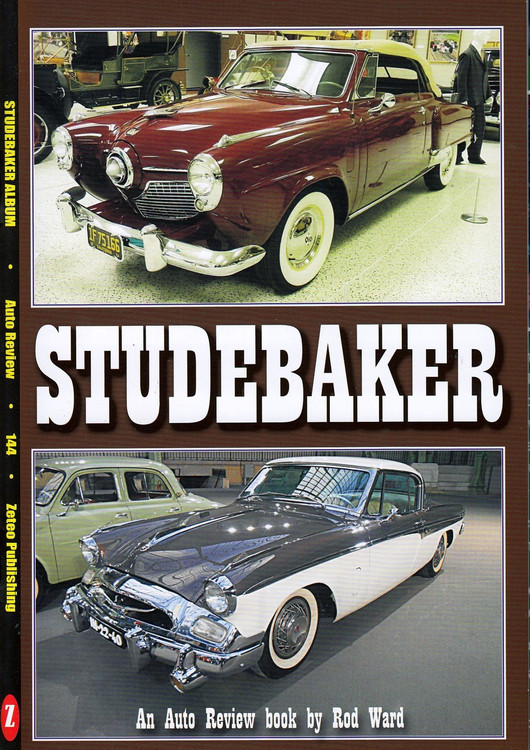 Here we have the story of a firm which built vehicles for over a century. Studebaker was the leading maker of horse-drawn wagons and carriages in 19th century America. Turning to motor vehicles in the early years of the 20th century, Studebaker had its ups and downs, having to recover from receivership in 1933. Profitable contracts during the Second World War, making aero engines, US6 trucks and Weasel carriers were followed by exciting new car and truck designs in the immediate postwar period. This promised a healthy future for the company from South Bend, Indiana, but Studebaker was too small to compete with the ‘Big Three’ US auto makers, and a merger with Packard in 1954 did not provide the hoped-for remedy. A last gasp of advanced styling in the GRP-bodied Avanti sports car came too late. In 1964 the company closed its US factory, just continuing limited production in Canada until 1966. Studebaker executives had foreseen the inevitable, and they had already diversified into other manufacturing sectors, so the Studebaker Corporation did not die when car production finished; it merged with other firms and the name continued to be seen for a few more years; but not on cars.

MSRP:
Now: $79.95
Was:
By: Howard L. Applegate . Studebaker built its first automobile in 1902. Although production ceased in 1964, Studebaker automobiles and trucks remain favorites among transportation enthusiasts and...

Streetbikes - Everything You Need To Know

MSRP:
Now: $59.95
Was:
By: Bill Stermer . Whether you’ve never ridden before or are getting back into it after some time off, a little knowledge can make motorcycling on public roads a lot more enjoyable. From the...

MSRP:
Now: $79.95
Was:
By: Mike Seate . In Streetbike Extreme, author Mike Seate nails the experience of performing stunts that defy all laws of physics, as well as most traffic laws. You'll go for a high-performance...

MSRP:
Now: $95.00
Was:
Author: James Taylor, Published in 2018, hardcover, 192 pages, The second generation Range Rover was arguably Land Rover's first model designed as a luxury vehicle. It was a major leap for the...

MSRP:
Now: $59.95
Was:
By: Street Rodder . Street Rodder magazine has been the leading resource for street rod enthusiasts for decades. The experts at Street Rodder have now compiled a comprehensive handbook on one of the...

Street Sleepers - The Art of The Deceptively Fast Car