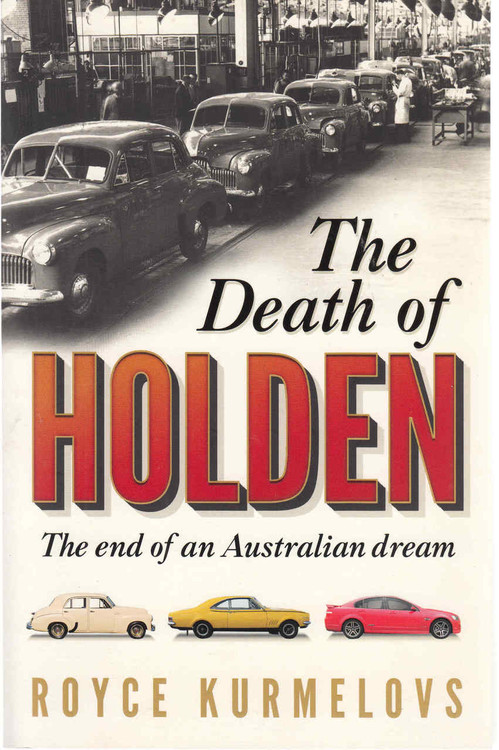 The colour of a person's collar means nothing when there just isn't any work to be done.

When GM Holden signalled that it would close its Adelaide factory in 2017, it struck at the very heart of Australian identity. Holden is our car, made on our shores. It's the choice of patriotic rev heads and suburban drivers alike. How could cars that were so beloved — and so popular — be so unprofitable to make?

The story of the collapse of Holden is about the people who make and drive the cars; it's about sustaining industry in Australia; it's about communities of workers and what happens when the work dries up. It's also the story of Toyota, Mitsubishi and Ford. Of Alcoa, the Telford coal mine and the Williamstown shipyard. It's about the people of Elizabeth, Geelong, Dandenong and Broadmeadows.

In this extraordinary account of Australian history as it unfolds, journalist Royce Kurmelovs revisits the Adelaide of his childhood and the Holden factory just down the road. He confronts the South Australia of the future, when the factory jobs are all gone. And he takes a good, hard look at what's in store for Australia when Holden shuts its doors for the last time.

MSRP:
Now: $39.95
Was:
Leading early Holden historian Don Loffler has unearthed an amazing collection of stories and facts about FJ variants, from the popular Special to the rarest of them all — an experimental...

MSRP:
Now: $29.95
Was:
98 pages. Holden and I Australian Muscle Car Special Edition Brock, Bond, the Glory Years In the illustrious history of Holden in motorsport, there is no more important figure than Harry Firth. Firth...

MSRP: $89.95
Now: $69.95
Was: $89.95
Holden has been a major part of Australian motorsport history and, in this special edition hardcover 400-page release from the V8 Sleuth team, we celebrate and honour the brand’s history in...

MSRP:
Now: $18.50
Was:
By: Dave Moss . Description Everything today's driver needs to know about choosing and using a car in an economical and eco-efficient way Buy a car that delivers the best economy and low...