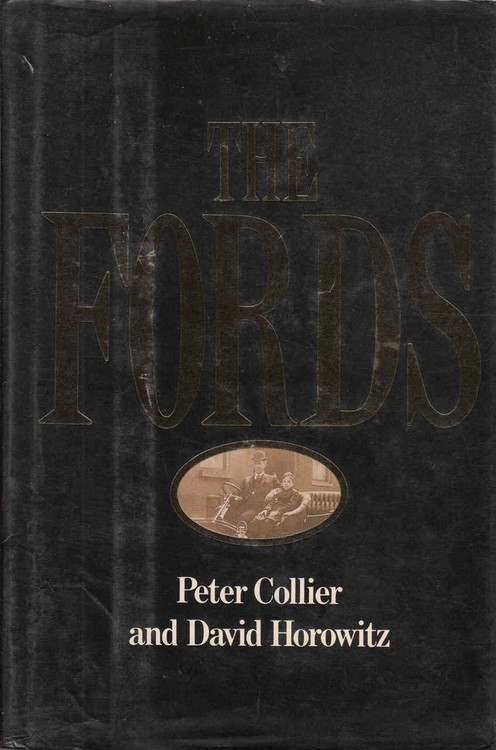 Rarely has a company borne the imprint of one man's will as did Henry Ford's Motor Car Company. More rarely still has an entire nation seemed an extension of a single company. When 'Crazy Henry' Ford, the Irish immigrant's son and backyard tinkerer, drove his `quadricycle' on to a dirt road in Dearborn, Michigan, he was about to revolutionize modern life. An amazingly short time later, Ford was producing a Model T every twenty-four seconds and pioneering techniques that would totally transform America.

The story begins with Henry I, the mechanical wizard. At once generous and optimistic, paranoid and intolerant, he was a colossus, the first and last great giant of the auto industry. In the end he became an embittered crank, unwilling to relinquish power, who so possessively loved the company he built that when his son Edsel tried to change it to suit the times, he destroyed his son and nearly brought down the company as well.

Taunted and overruled by his domineering father, his place in the company and his father's affections stolen by another, Edsel died early of stomach cancer. Some would say he died of a broken heart, leaving it to his son, Henry II, to avenge his father and save the company from financial ruin and from the clutches of the usurper, Harry Bennett, another self-made man with formidable underworld connections. With Bennett out-manoeuvred and fired, 'Henry the Deuce' and his new team of 'Whizz Kid' executives engineered the renaissance of the post-war Ford Motor Company.

Yet in a reprise of his grandfather's monomania, Henry II retained final power for himself at the expense of others in his family and the ambitions of the very executives he had created, like Lee Iococca, the 1960s brash pretender to the throne. The fierceness of the dynastic struggle left a trail of tragedy as the very loyalties which bound the family and its entourage of Ford lieutenants together also set them at each others' throats.

Amassing a wealth of never-beforerevealed material and exclusive interviews, Collier and Horowitz have fashioned a riveting saga of conquest, revenge, tragedy and final triumph.

From the details of Henry I's illicit affair, which produced a bastard son and became manageable only when he married his lover off to his chauffeur, to the real story of the feud between Henry II and Lee Iacocca, this is a compelling corporate who-dunnit about the family at the heart of the American Dream.

Peter Collier and David Horowitz made their name with a superb biography of The Kennedys, which became an American number one bestseller on a subject that many believed an exhausted topic.

Their family biography of The Rocleefellers was equally well-acclaimed. They are brilliant biographers who write about people, about human struggle, about how they shape their own myths and turn their own families into institutions.

MSRP:
Now: $350.00
Was:
Today’s teeming presence of 1.32 billion automobiles in the world means no-one escapes their influence. Over the last 100 years, cars have shaped our lives. But now, new fuels, new modes of travel,...

Volkswagen Beetle - How to Build and Modify (Eric LeClair)

MSRP:
Now: $65.00
Was:
Build and modify your Volkswagen Beetle using today's greatest aftermarket parts while implementing historic and modern modifications! If ever a car rolled off the factory floor in the form of a...