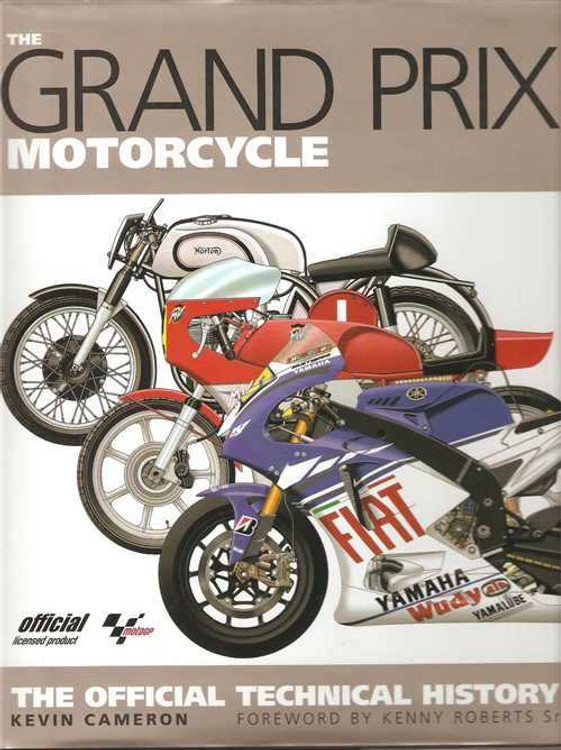 This is the story of how top-class racing motorcycles have evolved, year by year, from the beginning of the FIM World Championships in 1949 to the present. Each year's championship- winning machine is described in a short essay with an accompanying data panel, and there are 14 longer essays on the various "eras of design" in championship racing. The essays create a narrative that brings together the many and ever- evolving influences of engine design, materials, tires, and chassis to reveal what technology has provided to help riders win races.

Power, weight, and aerodynamics are critical performance areas in all forms of motorsport, but the racing motorcycle must have a unique degree of drivability and balance. Power is usable only if the rider can accurately control it. Increased tire grip is useless if it supplies no cues to let the rider know the limit is near. Above all, the bike must act as an extension of the rider's style and senses.

This interaction makes the rider an inherent part of the design and engineering of the motorcycle. The process can be seen at work in the garages after every race practice. The rider talks with the crew chief and the data technician, whose laptops are open. They discuss what can be done to be quicker at key points around the circuit. Successful solutions become the subject of engineering meetings at the factory, and may immediately return as updated parts, or be incorporated as an element of next season's machine.

Unlike Formula One cars, which have little in common with road cars, either technically or visually, MotoGP motorcycles are not greatly different from everyday production sportbikes. They use virtually all the same technologies as their production counterparts, and closely resemble them. What's learned in this year's racing season affects the design of next year's production bikes. This continual process of evolution — the result of improvements born of pragmatic problem-solving at the track and in the race shop — has created the procession of modern motorcycles depicted in this book.

MSRP:
Now: EUR46.13
Was:
This Book is sourced from archives around the world, a collection of all the most exciting Grand Prix images Formula 1 Grand Prix racing is the ultimate motorsport. The fastest cars, the biggest...

MSRP:
Now: EUR36.87
Was:
By: Brooklands Books . This Muscle Portfolio collects expert views on how the powerful American muscle cars, produced between 1966 and 1970, performed against each other. Chevrolet's Chevelle,...