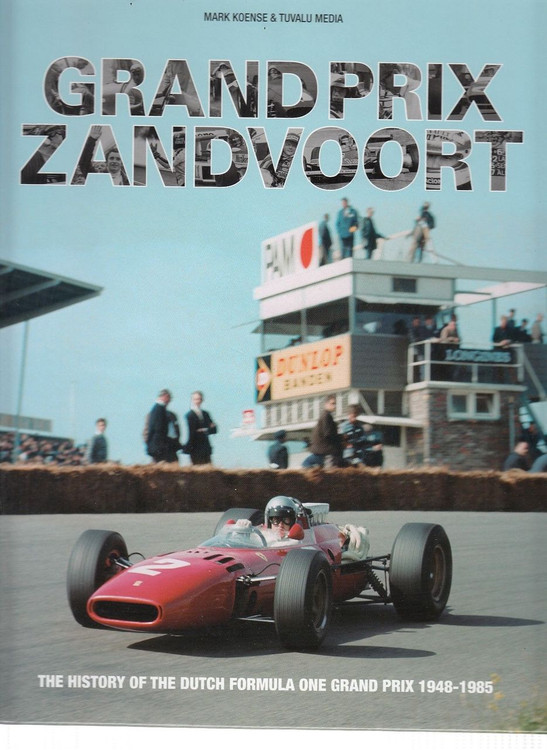 Signed by the author: Mark Koense and Jan Lammers (Le Mans winner and narrator of the film),
Text in English and Dutch

The complete reference work about the history of the F1 Grand Prix Zandvoort, held from 1948 to 1985.

GRAND PRIX ZANDVOORT bundles the fascinating history of the Dutch Grand Prix that was held on the circuit of Zandvoort from 1948 to 1985, and which counted towards the Formula 1 World Championship thirty times.

Twisting and turning through the dunes along the coast of the North Sea, the sloping Zandvoort track guaranteed great racing against a unique backdrop.
Featuring more than 700 photographs as well as an 80-minute documentary film starring drivers such as Sir Stirling Moss, Jacky Ickx, Jan Lammers, Rene Arnoux and Gijs van Lennep, GRAND PRIX ZANDVOORT captures the triumphs and tragedies of a Formula 1 classic. And because the Dutch Grand Prix was run throughout the first four decades of the Formula 1 World Championship, this tale also tells the story of how a sport was turned into a phenomenal television show for which the picturesque circuit of Zandvoort ultimately became too small a stage.

MSRP:
Now: $99.99
Was:
By: Keith Harman . Great American Hot Rods chronicles over 360 amazing cars from the streets, shows and strips of America. The strict criterion of featuring only pre-1949 cars is observed but beyond...

Great Auto Races - As Told and Painted by Peter Helck