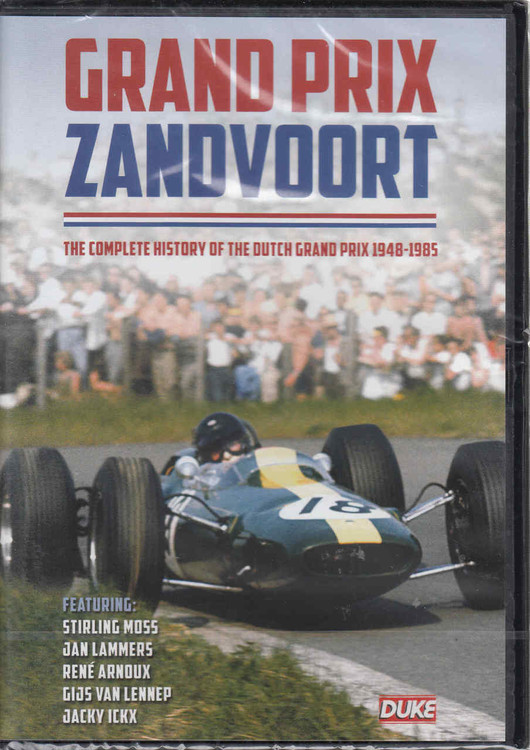 Thirty times between 1952 and 1985 the course hosted a round of the Formula One World Championship, and over that time it saw many remarkable moments in F1 history.

It was the venue for the successful first outing of the Lotus 49 and its Ford DFV engine which would go on to revolutionise Formula One and power many famous drivers to Championship glory.

Ayrton Senna and Dutch hero Jan Lammers produced some of their great performances on the circuit that was, and still is, a driver's course.

It also saw more than its fair share of drama and tragedy — none more so than Roger Williamson's sad and unnecessary death, his friend David Purley standing helplessly by while marshals failed to intervene and television cameras captured every terrible second of the accident. It changed the face of motor racing for the better, ultimately, but at the same time doomed Zandvoort's future as a home for FI.

This stunningly comprehensive documentary charts the history of Zandvoort from the very first street race held before the Second World War, to the building of the track in the years following the German occupation. right up until the present day.

Along the way we hear from the likes of Stirling Moss, Jan Lammers, Rene Arnoux and Jacky Ickx about their experiences racing in the dunes by the North Sea and why it holds an enduring place in their — and their fans' — memories.

MSRP:
Now: $99.99
Was:
By: Keith Harman . Great American Hot Rods chronicles over 360 amazing cars from the streets, shows and strips of America. The strict criterion of featuring only pre-1949 cars is observed but beyond...