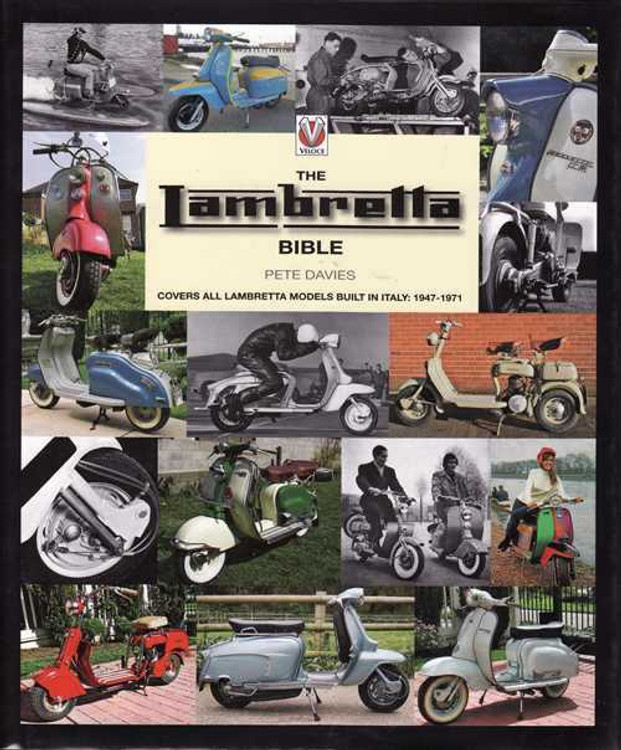 An in-depth look at the world’s finest scooter, from the Model A to the GP 200. The Lambretta story doesn’t end there though, with the focus moving onto machines prepared and built by Lambretta Concessionaires. The book ends with a look at the main British dealer specials of the 1960s.

Lambretta - "the world's finest scooter" - was created to mobilise postwar Italy, but became a major success story worldwide. Launched by the humble Model A of 1947, the scooter boom of the 1950s ensured that 'Lambretta' became a household name. During the 1960s, the Lambretta was not only a hugely popular means of transport, but also a machine that could be tuned and raced in time and reliability trials. British dealers produced a number of `specials' to satisfy the British Lambretisti's desire for speed and performance, and who can forget machines like the Supertune Rallye?

This book provides a unique record of these dealer modified machines, as well as documenting standard Italian-built machines in year-by-year, model-by-model detail.

Despite the Innocenti factory closing its doors in 1971, the Lambretta scooter has to this day maintained its place as an iconic brand within scooter culture.

MSRP:
Now: $79.99
Was:
By: Jim Allen . Four-wheeling expert and fanatic Jim Allen has long been four-wheelers most respected and reliable guide. This new edition of Allen's bestselling Four Wheeler's Bible includes all the...

MSRP:
Now: $295.00
Was:
By: Brian Long . 2nd hand book in very good condition. The 356 was the first Porsche model. The coupes and spyders were a great success throughout the world and continued to be so throughout the...

MSRP:
Now: $299.99
Was:
By: Joe Sackey . Named after the Spanish ranch famed for its ferocious bulls, the Lamborghini Miura’s flamboyance and engineering wowed the public when it was unveiled in the mid-sixties. Yet...