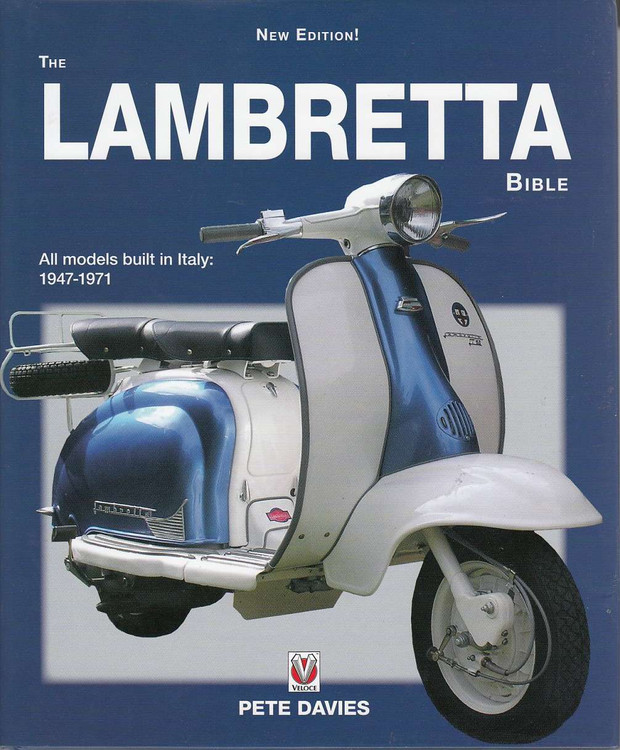 The second edition of The Lambretta Bible- an in-depth look at one of the world's greatest scooter marques - includes detailed information
on the main Italian-built models, the Lambretta Concessionaires machines, and British dealer specials. Contains two new chapters and 100 new pictures.

Launched by the humble Model A of 1947, the scooter boom of the 1950s ensured that lambretta' became a household name.

During the 1960s, the Lambretta was not only a hugely popular means of transport, but also a machine that could be tuned and raced in time and reliability trials.
British dealers produced a number of 'specials' to satisfy the British Lambretisti's desire for speed and performance, and who can forget machines like the Supertune Rallye?

Despite the Innocenti factory closing its doors in 1971, the Lambretta scooter has to this day maintained its place as an iconic brand within scooter culture.
This updated and revised edition of The Lambretta Bible includes dozens of new pictures, plus two new chapters: one examining the Series 4 Li 125 machines, and the other covering Lambretta Concessionaires.

MSRP:
Now: $59.95
Was:
By: Nigel Cox . Lambretta Innocenti, the world's most famous scooter marque, has a devoted following in Britain and abroad. This book is by an enthusiast with the biggest collection of Lambrettas and...

How to Repair Your Scooter

MSRP:
Now: $59.95
Was:
Gas prices go up and down, but mostly up, and that trend is unlikely to change any time soon. To win the battle at the gas pump, more and more commuters and recreational riders are turning to motor...

MSRP:
Now: $175.00
Was:
By: Iain Ayre . A rising number of enthusiasts are attracted by the prospect of driving a tailor-made car that they have built themselves, and the vast range of designs available ensures that there...