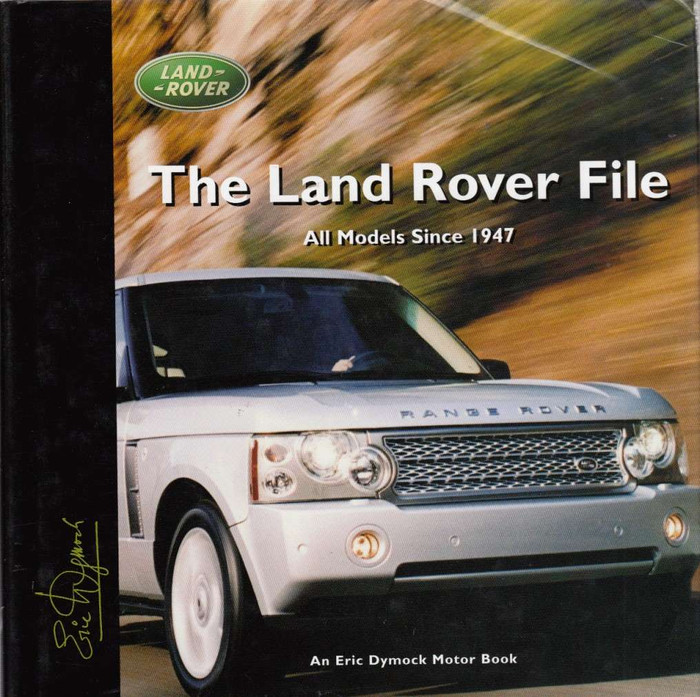 The Land Rover was introduced at the Amsterdam motor show in April 1948 as a stop-gap, to see Rover through a difficult market, and a national steel shortage. Yet in due course Rover owed its survival to this astonishing vehicle, which saw service not only on the quiet farms for which it was intended, but also in every desert, jungle, swamp, mountain and trouble spot throughout the civilised and uncivilised world.

Land Rovers proliferated and matured into different configurations and marks, with open and closed bodies, and bewildering permutations of engines and drives for military and civilian use. Station Wagon and Road Rover, prototypes for special tasks and special forces, it was stretched in every direction and grew more powerful. In due course Land Rover developed additional models Range Rover, Discovery, Freelander and Range Rover Sport. Their common heritage was a cross-country agility that became an industry benchmark.

The Land Rover File, an Eric Dymock Motor Book, is the independent definitive history of all Land Rover models since 1947. It includes hitherto unacknowledged and even secret prototypes, known only to Land Rover insiders, together with detailed specifications, descriptions and photographs.

MSRP:
Now: $149.95
Was:
By: Eric Dymock . The third edition of The Jaguar File brings the story of Britain's pre-eminent make of car up to date. It includes landmark Jaguars such as the R-Coupe shown at Frankfurt a week...

MSRP:
Now: $69.95
Was:
By: Brooklands Books . A portfolio of articles written by Bob Morrison the well known expert on military Land Rovers. Reports cover their use in Belgium, Australia, Portugal, Holland, Kuwait, Denmark...

MSRP:
Now: $89.00
Was:
The Land Rover was a huge success for its makers right from the start in 1948, when it was introduced as a product to keep the Rover factories busy in the difficult economic times that followed the...

MSRP:
Now: $299.99
Was:
By: Joe Sackey . Named after the Spanish ranch famed for its ferocious bulls, the Lamborghini Miura’s flamboyance and engineering wowed the public when it was unveiled in the mid-sixties. Yet...

MSRP:
Now: $295.00
Was:
By: Philip Carney, Jacques Mertens . Description The title of this book, The Last Eleven, refers to the last eleven aluminum 356s. The chassis for these cars were built in Gmund and they were stamped...