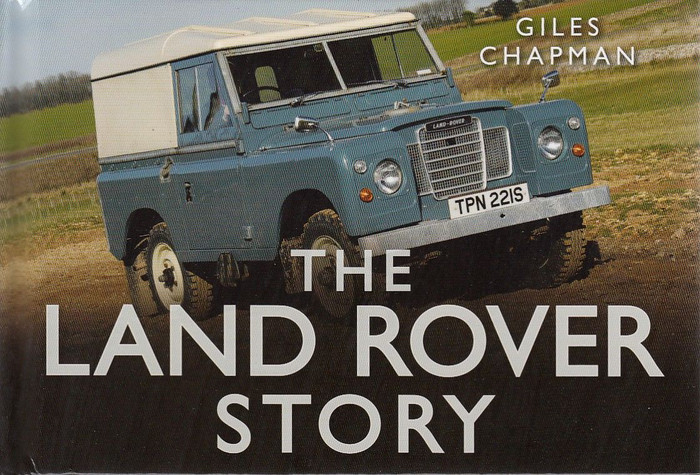 The very first Land Rover, launched in 1948, owed its low-key existence to shoestring British ingenuity and — literally — odds and ends left over from the Second World War. Rover thought it could keep its factory ticking over as the company's post-war fortunes slowly revived. They also thought that farmers might appreciate it as a handy cross between a pickup and a tractor. But it was soon obvious that the company had created, in the Land Rover, a world-beating product. Giles Chapman tells the story of how Land Rovers have tamed the planet's toughest terrain with their unstoppable off-road capability. He also charts how the Land Rover legend allowed the marque to gradually expand its range with the Discovery and Freelander, and also the groundbreaking Range Rover and its luxury offspring. They're all cars as familiar in cities and suburbs as they are in the countryside. Land Rover has been controversial, its fortunes tied to Britain's economic ups and downs. Today it's on a roll, leading a renaissance in British design and manufacturing, yet the continued presence of the Defender helps keep the Land Rover story absolutely pukka.

MSRP:
Now: EUR54.47
Was:
By Dave Phillips This book is a rollercoaster ride through the life and times of Land Rover. Fast-paced and entertainingly written, it brings alive all aspects of Land Rover from its humble...

MSRP:
Now: EUR34.03
Was:
By: Brooklands Books . A portfolio of reports telling how the first Land Speed Record of 39.24 mph was set in 1898 by Count de Chasseloup-Laubat in an electric Jeantaud. By 1919 the record had been...

MSRP:
Now: EUR200.98
Was:
By: Philip Carney, Jacques Mertens . Description The title of this book, The Last Eleven, refers to the last eleven aluminum 356s. The chassis for these cars were built in Gmund and they were stamped...

MSRP:
Now: EUR204.38
Was:
By: Joe Sackey . Named after the Spanish ranch famed for its ferocious bulls, the Lamborghini Miura’s flamboyance and engineering wowed the public when it was unveiled in the mid-sixties. Yet...

MSRP:
Now: EUR51.10
Was:
By: Alastair Walker . **2016 Paperback reprint** Description The Kawasaki Triples Bible covers the entire production of three-cylinder two-strokes from 1968 to 1980, featuring a year-by-year...