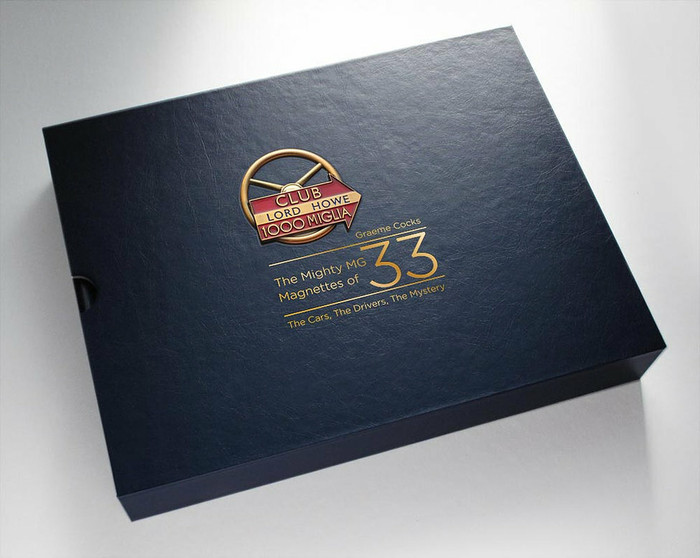 - Published by Australia's Motoring Past Vintage Publishers in Western Australia

Captain George Eyston called the Mille Miglia race in Italy as "the most strenuous, possibly the most dangerous and certainly the most exciting of all the events in the calendar of speed."

With the construction of the MG Magnette Supercharged, now simply called the K3. in late 1932 the British motor racing community had a car which could compete with the new generation of light racing cars coming out of Europe, particularly Italy.

Two prototypes were built, then three cars were constructed and prepared for the Mille Miglia race.

It is also the story of the other races of '33, including the Ulster Tourist Trophy, and how the great Tazio Nuvolari was secured to race the Mille Miglia winning car in the greatest event on the British racing calendar.
But what happened to these five great. cars and their drivers?
This book tells the story of MG in 1933, why the MG K3 was such a remarkable car, and how these great cars, particularly the Mille Miglia and Ulster TT winning car was almost lost but for its rediscovery many years later.

Graeme Cocks searched archives in Europe. North America and Australia and spoke to dozens of people around the World to discover the, story of the mighty MG Magnettes of 1933. He has put together a story of elation and tragedy, of success and failure and

he has examined the mystrey of the ultimate fate of arguably the greatest MG of all, K3003.

MSRP:
Now: $99.95
Was:
By: Richard L. Knudson . MG established its winning reputation through competition. In 1925, Cecil Kimber set out to build sports cars and knowing that racing and competition had to be a prime focus...

The Mighty MG Magnettes of 33 - The Cars, The Drivers, The Mystery

MSRP:
Now: $65.00
Was:
Publisher: Amberley Publishing Number of pages: 96 Binding: Paperback The MG Magnette ZA was launched in 1953 at the London Motor Show to a mixed reaction. It had obvious similarities to the Wolseley...

The Mighty MG Magnettes of 33 - The Cars, The Drivers, The Mystery