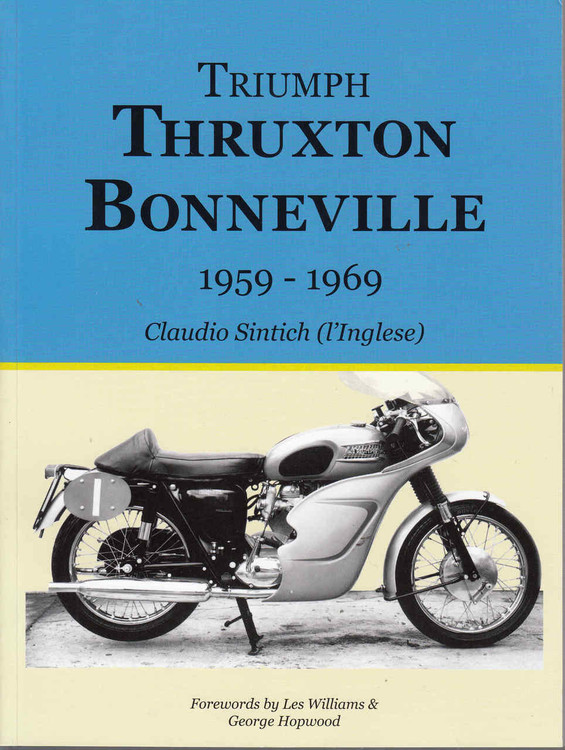 The Thruxton Bonnevilles are a batch of 52 bikes built by Triumph in 1965 to meet new homologation requirements in production racing - only about another one hundred or so were built. Because they were referred to in the build books as made `to Thruxton specification' these bikes became known as Thruxton Bonnevilles, but not by Meriden. Although built supposedly to the homologation rules of the time, the factory included many parts not generally available to the public. They were very successful racing machines capable of sustained high speeds, and with the handling to match.

Triumph Thruxton Bonneville 1959-1969 describes how the Bonneville was conceived, the design modifications carried out by the factory including detail on special 'works only' parts for racing, race preparation and gives detailed descriptions of the majpr races. The Thruxton was immensely successful at production endurance racing especially at Thruxton, (after which the bike was named), Montjuich Park in Barcelona and the Isle of Man where John Hartle won the first loM TT Production Race on a Thruxton.

Then in 1969, Malcolm Uphill recorded the first 100mph lap by a production bike and averaged 99.99mph for the race! All Triumph enthusiasts will enjoy this book — especially those who own or race a Bonneville!

Claudio Sintich is a life long Triumph enthusiast and owner of one of the last Thruxtons made. Claudio studied in England and on his return to Italy, ran a succesful motorcycle repair shop (L'Inglese) specialising in English bikes.

MSRP:
Now: $129.95
Was:
By: James Mann, Mick Duckworth . Description This sumptuous book is a celebration of Britain's most famous motorcycle — the Triumph Bonneville. Launched for 1959, the legendary Bonneville...

Triumph TR From Beginning To End