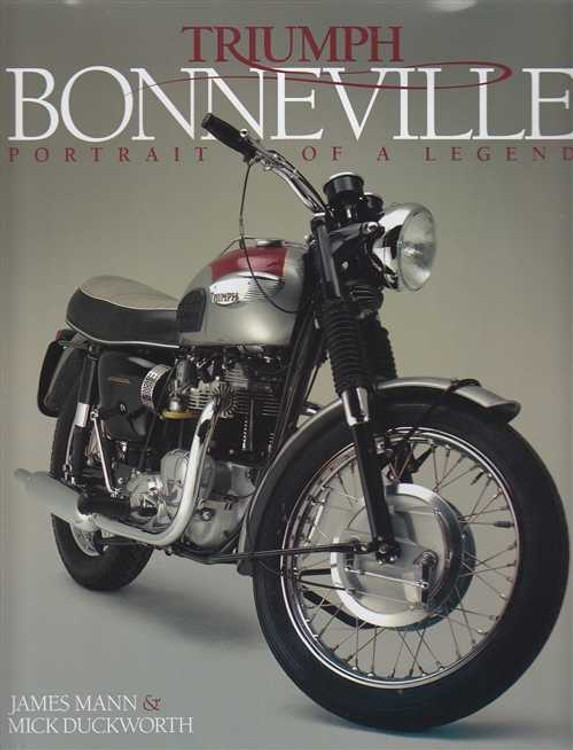 This sumptuous book is a celebration of Britain's most famous motorcycle — the Triumph Bonneville.

Launched for 1959, the legendary Bonneville was named after the American venue where Triumph had raised the absolute motorcycle speed record to 214mph three years earlier. The speedy 650cc Bonneville twin hit the streets as ton-up mania gripped Britain's teenaged motorcyclists and, more importantly for Triumph, it arrived in America when the motorcycle market was set to take off, as the baby-boom generation matured.

Offering glamour and agility as well as ripping acceleration, the stylish British twin was in such demand by the late sixties that Triumph Engineering's factory at Meriden near Coventry could barely keep up. Good times ended suddenly, when poor industry management failed to meet the Japanese challenge. But despite crises, the Bonneville survived the seventies in 750cc form, respected for its old-fashioned character and sound handling.

Even after the factory closed in 1983, the Bonnie made a brief reappearance and in 2001 the legendary name returned with a bang on a versatile twin from Triumph Motorcycles' ultra-modern plant.

In this glorious pictorial tribute, award-winning photographer James Maim presents superb studies of 22 mouth-watering machines from 1959 to 2010, including the 650cc Tiger 110 that preceded the Bonneville. This stunning portraiture captures the style and character of the iconic Triumph in its many forms. Accompanying the photography is a highly readable text by leading classic motorcycle writer Mick Duckworth, charting the technical evolution of the Bonneville and providing many fascinating nuggets of historical information.

MSRP:
Now: $59.95
Was:
By: Brooklands Books . Description The Bonneville was one of the most iconic names in the history of motorcycling - so its successor had to be right first time. It was - and carried on...

MSRP:
Now: $59.95
Was:
Complete coverage of your Triumph 675 Daytona & Street Triple (06 - 16) With a Haynes Manual, you can do it yourself, from simple maintenance to full repairs. Every Manual is based on...