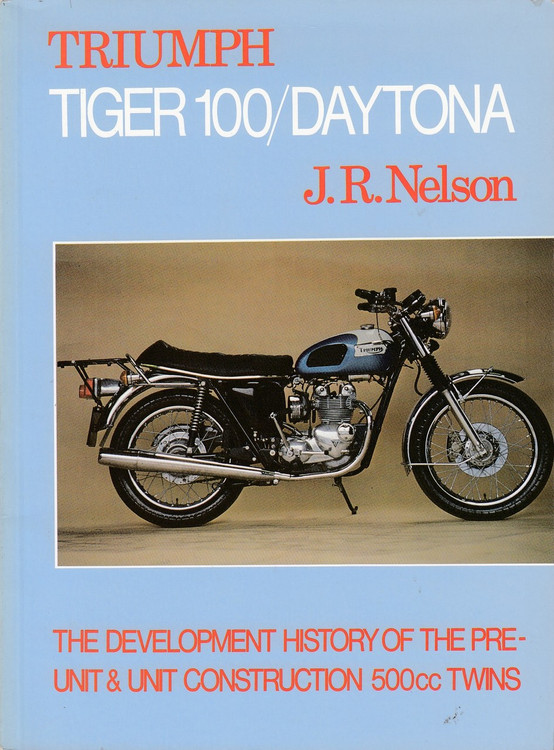 About this book
The outstanding success of 'Bonnie', the author's previous development history of the Triumph
Bonneville, has led to the publication of this companion work which provides similar, highly
detailed information, about the smaller capacity but equally popular 500cc twin. It commences
with the introduction of the new, sporting 500cc Tiger 100 mode/ in 1939 and continues right
through until production ceased during 7974, when the first disc front brake models were about to
be marketed Presented in a two-part format within the one cover, the first part relates to the
original separate engine and gearbox designs, the second part covering the redesigned
unit-construction models that soon took on a new name from the American road racing event in
which they scored some notable successes.
Detailed specifications of each model are given on a year-to-year basis, including the full
specification of those destined for the US market and the many changes in co/our schemes.
Numerous illustrations provide details not only of complete machines but also of component parts
to show where changes have been made. All are truly authentic photographs and line drawings,
originating from the archives of the old Triumph Engineering Company.

About the author
John Nelson needs little by way of introduction, having joined the Triumph Engineering Company
in 1950 to work his way through the Works, Design and Development Departments. He took over
responsibility for the Development Department from 1953 to 1957 and was subsequently
appointed Service Manager. He left Triumph in 1972 to join Norton Motors as their Service
Manager and when Norton was acquired by NV T he transferred to Kitts Green where his service
responsibilities also included BSA and Triumph. When Kitts Green closed he joined Steye Daimler
Puch as their Service Manager, then returned to the Triumph Co-operative for a brief but hectic
spell as their Managing Director. After a further short spell with Steye Daimler Puch he decided to
go it alone as a self-employed consultant and author, forming his own limited company, J.R.
Technical Publications, to supply British motorcyclists with technical information and service
publications.
His hobbies are motorcycles (including riding them), avoiding gardening, and caravanning.
He is at present Patron of the Triumph Owners Club and a member of the Motorcycle Industries'
Executive Club.

MSRP:
Now: $89.95
Was:
By: Matthew Vale . THE TRIUMPH 'C' Series twins were positioned in the middle of Triumph's range, from their introduction in 1957 through to their eventual demise in 1974. The...

Two-Stroke Motor Cycles and AutoCycles (by The Staff of The Motorcycle, Hardcover, 1945)