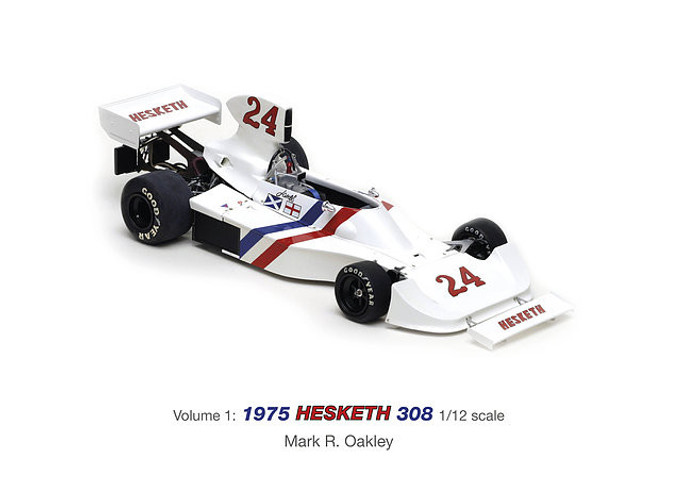 This is the first of several volumes to present on-going work in the production of one-off, non-commercially available, 1/12 scale detailed models of Formula One Grand Prix cars.

This book highlights the 1975 Hesketh 308 as driven to Hesketh's only Grand Prix victory by James Hunt who, of course, went on to be become World Champion the following year.

This volume is a second edition of a work originally self-published using Photobox in 2014, now completely revamped and improved. Here, you will read how the model was researched, conceived and built between 1997 and 2000.

This book was the author's first attempt at presenting the research and production of one of his models in published form. Subsequent volumes from Track Limits and MRO F1 Engineering will reveal more subjects, each one improving on the next as many new lessons and techniques of model building were learnt with each model constructed.

MSRP:
Now: $139.95
Was:
By: Rootes Group . Remembering Rootes is a compilation of extracts from magazines published by the company to encourage, in many ways, the interest and enthusiasm for their products. This book will...

MSRP:
Now: $95.00
Was:
The Editors of After The Battle have put together a fascinating collection of images, period and contemporary photographs in this first volume of D-Day: Then and Now. This compilation of past...

MSRP:
Now: $80.00
Was:
Get the behind the scenes view of arguably the most iconic automotive movie car and scene in history. Ask any automotive enthusiast what his or her favorite chase scene to appear in a movie is, and...

Cars - Through The Mists Of Time (Peter Filby)

MSRP:
Now: $45.00
Was:
From modest to amazing, from bonkers to beautiful, Peter Filby recounts lifetime's remarkable and often eccentric transport. An amusing recollection by Peter Filby on the cars he has owned including...

MSRP:
Now: $65.00
Was:
The 1963 Lola Mk VI GT was the car that inspired the Ford GT40 and then the Lola T70, both of which today are seen as true classic racecars. This book describes how all that happened, concentrating...

MSRP:
Now: $46.25
Was:
The Ford Maverick was a horse of a different color - four different colors, in fact. It was America's first modern subcompact; as 'The Simple Machine' it combined rugged Ford durability with looks...

MSRP:
Now: $120.00
Was:
English and Italian text. This book tells the story of the development, of the technical details and of the sporting history of the Lancia Delta S4 in the Corsa version through almost totally...