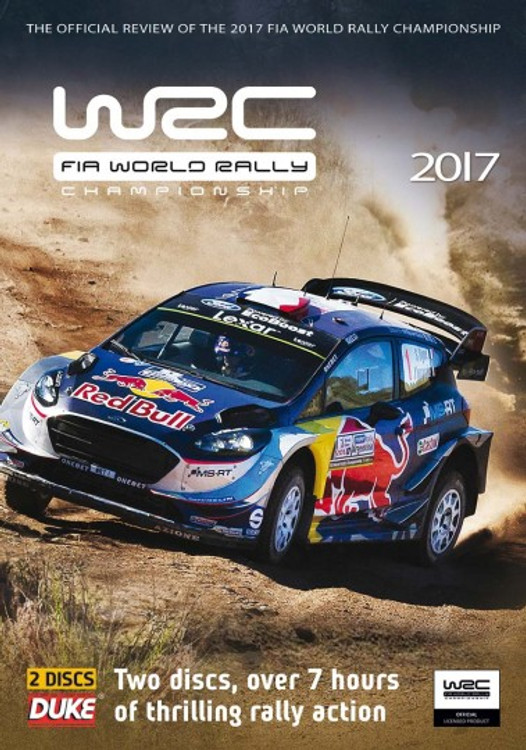 Ever get the feeling we’re living in a new golden age of world rallying? We do.

Let’s look at the evidence:

Talented drivers? They don’t get much better than Sébastien Ogier, but he’s been pushed hard all season by Jari-Matti Latvala, Kris Meeke, Thierry Neuville, Ott Tänak and, latterly, Esapekka Lappi all of whom have taken round wins.

Powerful, interesting cars? That’s been the best thing about the 2017 season. With the new rules allowing much more powerful engines and better aerodynamics speeds have increased and coincidentally everything looks even more spectacular than usual.

Great races? With six different winners at the time of writing the answer is a definitive ‘Yes!’ The iconic stages of the World’s most famous rallies including Monte Carlo, Rallye Finland, Argentina and Sardinia have seen some classic encounters.

Brilliant review? Of course, and now available on two-disc Blu-ray for the first time ever. Filmed throughout in HD the Blu-ray version is the best way to make full use of the stunning scenery, breathtaking footage and occasionally terrifying moments.  Exclusive extra features include full stage on-boards with World Champion Sebastian Ogier in Sweden and rising star Esapekka Lappi on his home ground in Finland at the awesome 1000 Lakes Rally.

MSRP:
Now: $74.00
Was:
By: Mark Whitelock . This is the story of a Grand Prix formula that no British constructor wanted, but which, ironically, became one that they would almost totally dominate ... The 11/2-litre GP era...

You and Your Land Rover Freelander - Buying, Enjoying, Maintaining, Modifying

MSRP:
Now: $89.95
Was:
By: James Taylor . The Freelander was developed to take Land Rover into the compact Sports Utility Vehicle (SUV) market in response to the success of 'lifestyle' 4x4s produced by rivals such as...