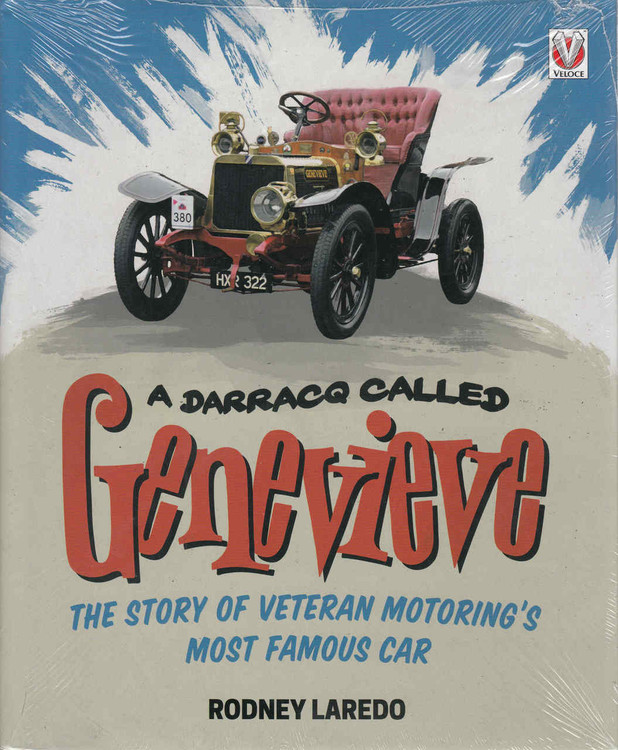 A Darracq called Genevieve is the story of the car that starred in the Bafta award-winning Genevieve, Best British Film of the coronation year 1953 with an Oscar nominated music score by harmonica player Larry Adler. The film became the catalyst for unprecedented interest in veteran motoring worldwide.

Genevieve s participation in the annual London to Brighton run for veteran cars, alongside her rival, a throaty, bright yellow Dutch Spyker, has become a legendary tale. But what of this 1904 French Darracq s life before and after it s film career? Rodney Laredo s in-depth biography of Genevieve is the first of its kind.

It charts both the public and private life of this famous identity within the old car industry. For more than forty years the author has collected an extensive pictorial and documented archive of material, through his own personal association with Genevieve and her respective owners and restorers in England, New Zealand, Australia, and Holland.

Much of the material is new, and made available here for the first time. Intriguing recollections from those who starred in the film Genevieve, who were involved in its production, and who became friends of the author over a long period are likewise included.

Bug - The Strange Mutations Of The World's Most Famous Automobile

MSRP:
Now: $89.95
Was:
By: Phil Patton . The world's most recognizable automobile goes by many names. But did you know that the "Love Bug" was originally Hitler's "car of the people," that it was the Manson "family" car...

MSRP:
Now: $66.95
Was:
By: Pat Ganahl . New Revised Edtion - Description Once the limits of a naturally aspirated engine are achieved in terms of horsepower and reliability, there’s only one more way to...

MSRP:
Now: $129.95
Was:
By: Alistair Weaver . A Daring drive across some of the world's most extreme terrain. Beautifully written and photographed. A Drive on the Wild Side takes you on an exciting journey along some...

MSRP: $89.95
Now: $55.00
Was:
This is the first and only account of the Chequered Flag race team and its charismatic founder, Graham Warner. It charts the highs and lows, the victories and losses, and features interviews with the...