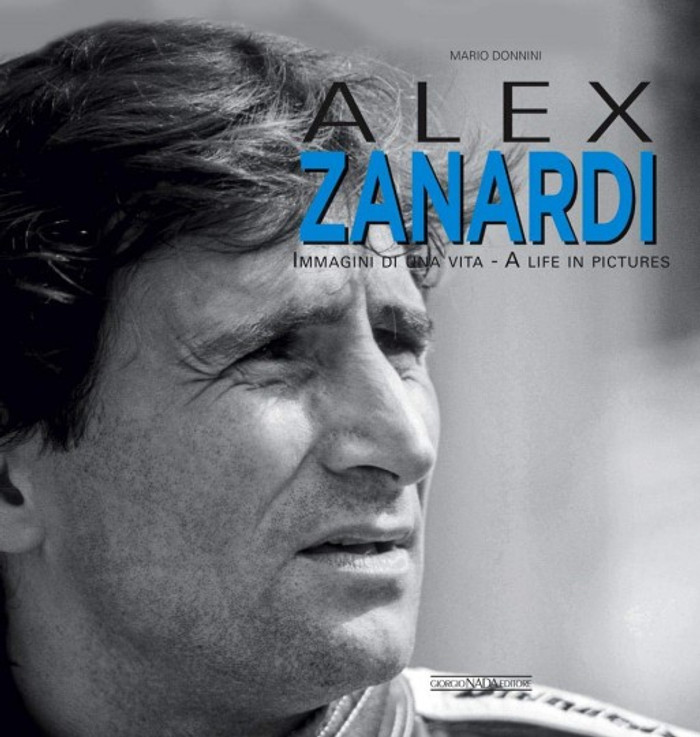 A champion on the track and an exceptional man, capable of reinventing himself when anyone else would have given in, Alex Zanardi needs no introductions. The minor formulas, Formula 1, two titles in Formula Cart, the accident and the new life that has seen him conquer 12 gold medals in the Paralympic Games and Road World Championship are all included in the first fully illustrated interview-cum-book by a leading name in sports journalism, Mario Donnini. Alessandro Zanardi has had more than one life. The first began with go karts and the minor training formulas, the Italian F3 series, then Formula 3000. His performances were convincing and in 1991 the doors of Formula 1 opened: firstly with Jordan, then Minardi and then Lotus, but success was hard to come by and in 1995 it was time to look to the other side of the Atlantic and the Cart series. In the second half of his career, Alex quickly got to grips with racing in the USA and conquered his first title in 1997, a feat he repeated in 1998. The call of Europe and Formula 1 was irresistible, and in 1999 Zanardi raced for Williams, without success. He crossed the ocean once again, returning to the USA. On the 15th of September, 2001, he suffered the terrible accident in the Lausitzring circuit that changed his life forever. The loss of his lower limbs meant he had to rethink his very existence. After a long convalescence he returned to motorsport in Touring Car races, but this was not his destiny and after having become a popular television presenter, Alex found his new path in paracycling where he collected another stunning series of victories. Tracing, moment by moment, through a series of interviews with the protagonist, this authentic "film of a life" is Mario Donnini, a leading sports journalist and friend of Alex Zanardi. What emerges is a unique portrait, a story of sport, sacrifice and remarkable determination.

MSRP:
Now: £56.49
Was:
By: Gianluca Gasparini . With 13 laps to run in the CART Champ Car race on the Lausitzring oval in Germany on 15 September 2001, Alex Zanardi completed his final pit stop and headed back to the track...

Giacomo Agostini - A Life in Pictures

MSRP:
Now: £56.49
Was:
By: Gianluca Gasparini . With 13 laps to run in the CART Champ Car race on the Lausitzring oval in Germany on 15 September 2001, Alex Zanardi completed his final pit stop and headed back to the track...

MSRP:
Now: £52.28
Was:
Features • World's first stand-alone book on the Road-homologated KTM X-BOW cars• All about the world's first production car with a full carbon composite monococque• Book has...

MSRP:
Now: £36.68
Was:
Features • A complete history of the RAC rally, which began in 1932 and became the UK’s most important motoring event• Year-on-year reports of every event held, with analysis of...

MSRP:
Now: £6.19
Was:
This book is packed with the world’s ultimate road cars, from the Ariel Atom 500 to the W Motors Fenyr. Fast and furious facts for each entry include highest speeds, engine capacity, power to...

MSRP:
Now: £73.45
Was:
By Peter Higham The formative years of the 1950s are explored in this next instalment of Evro’s decade-by-decade series covering all Formula 1 cars and teams. When the World Championship was...