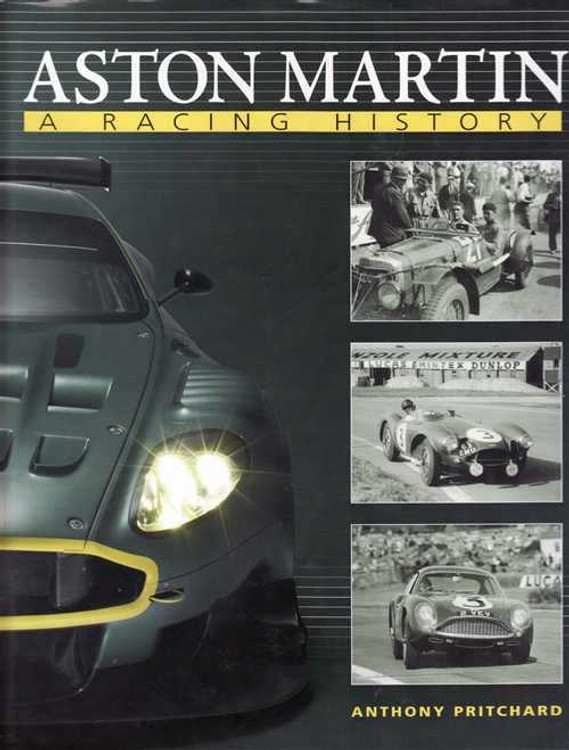 The DBR9s that battle with the Corvettes and Maseratis on the race circuits of the world today are the latest in a line of competition Aston Martins that stretches back nearly 90 years. Aston Martin is one of the greatest names in motorsport, with a racing history that started in 1921. Aston Martin cars — with names such as 'Coal Scuttle', 'Green Pea', 'Razor blade' and 'Sweatbox' — were raced or used for record attempts at Brooklands and elsewhere. Two 1,500cc cars with twin overhead camshaft engines even ran in the 1922 French Grand Prix. By 1926 A.C. Bertelli was running the company and in 1928 Aston Martin entered the Le Mans 24 Hours race for the first time.

In the 1920s and 1930s — despite many successes at Le Mans and in the Tourist Trophy — financial problems hindered any real development. It was not until industrialist David Brown acquired Aston Martin in 1947 that the company could afford a sustained competition programme.

Post-war, Aston Martin raced the DB2 series of sports saloons and a succession of sports racing cars, all painted light metallic green, as are the current DBR9s. After the DB3 of 1951 and the DB3S of 1953-57 came the brilliantly successful DBR1 cars that won the Nurburgring 1,000Km race three years in succession, Le Mans in 1959 and the World Sports Car Championship that same year. Aston Martin also raced unsuccessful Formula 1 cars in 1959-60, promising GT and GT Prototype cars in 1962-63 and, during Ford's ownership, the Group C AMR1 cars of 1989.

MSRP:
Now: $59.95
Was:
By: Brooklands Books . This collection of road tests and other articles centring on Aston Martin, records the gradual development of the DBS, the successor to the DB6 Mk 2, with the six-cylinder 4...

MSRP:
Now: $69.95
Was:
By: Brooklands Books . The Company survived the Second-world-war, but only just. Gordon Sutherland, though he had an exciting prototype in Atom, realised that he did not have the funds to take the...

As a Matter of Fact, I am Parnelli Jones

Art Of The Muscle Car

MSRP:
Now: $89.99
Was:
By: David Newhardt, Peter Harholdt . "Just what is a Muscle Car?" Road Test magazine asked in its June 1967 issue. The answer: "Exactly what the name implies. It is a product of the American car...