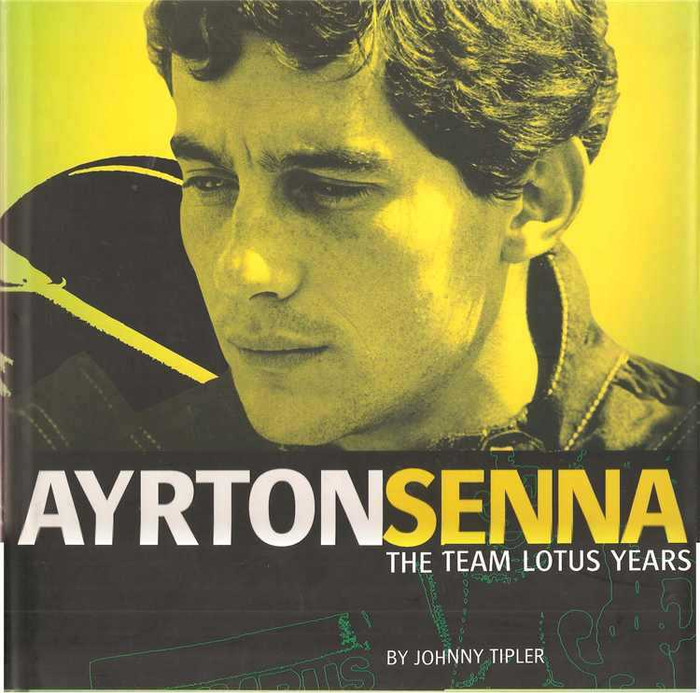 "A fascinating account of Senna’s years at Team Lotus, lavishly illustrated with over 300 stunning photographs this intriguing volume will make a perfect gift for all Senna fans"

The three years that Ayrton Senna drove for Team Lotus, 1985-87, was one of the headiest periods in the history of motor racing. Not only were titanic battles raging between the four leading teams – McLaren, Williams, Ferrari and Lotus – in the second phase of the mega-powerful turbo era, rivalry between the top Formula 1 drivers, on-and off-track, was wound up to fever pitch.

Behind the scenes, intrigues fermented between team personnel, sponsors and component suppliers. Johnny Tipler interviewed many of the people involved in F1 at the time and with Team Lotus in particular, and without exception they were keen to discuss Senna’s tenure of the prime seat at the Norfolk team, where the young Brazilian was warmly regarded and his talents held in high esteem. The book draws on this wide variety of first-hand sources to describe the atmosphere and politics within the organisation, as well as examining the cars Senna and his three successive team-mates, de Angelis, Dumfries and Nakajima drove, from Types 97T to 99T, with reference to their technical evolution.

The chronological theme includes chapters detailing Team Lotus's performance in each Grand Prix, interspersed with chapters penetrating the underlying themes – mechanical and political, including the mood at Ketteringham Hall in the season prior to Senna’s arrival when Mansell was at loggerheads with team manager Peter Warr. The book pulls no punches in its final summation of the effect that Senna had on the once glorious Norfolk squad.

Although the time that Senna spent at Lotus marked the team’s final flowering as a Grand Prix winning outfit, it has been largely overlooked. Given better reliability, he could easily have become World Champion with Lotus and Johnny Tipler’s detailed investigation redresses the balance, providing a comprehensive record of this short but fascinating era. It brings to light the state of affairs within Team Lotus during the post-Chapman period, and more fundamentally it demonstrates the level of excitement and commitment that Senna aroused. For a grief-wracked team following the death of its founder, Senna’s transitory reign was its heroic last stand.

MSRP:
Now: $59.95
Was:
By: Jeff Hibbard . Baja Bugs & Buggies - How to prepare VW-based cars for Off-road fund and racing. The VW Beetle is uniquely suited for off road use. Its torsion arm front suspension and...