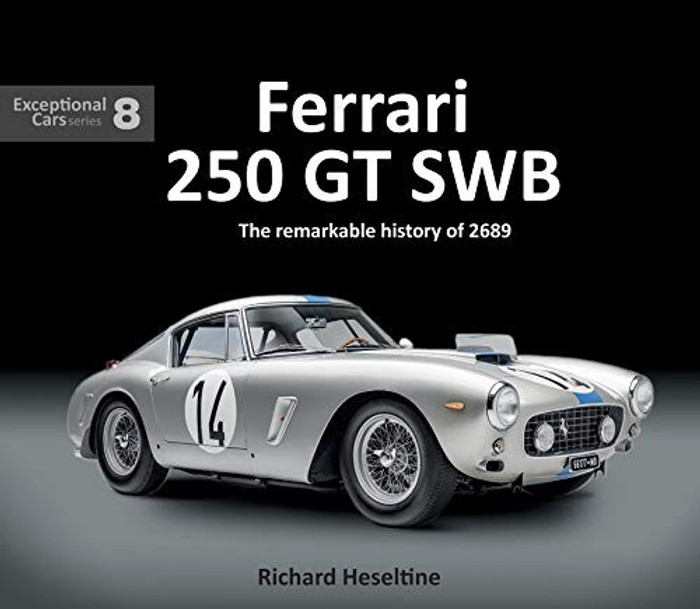 The 250-series was an early Ferrari success story and in 1959 spawned one of the most recognisable sports cars ever built. It is now also one of the most coveted. The 250 GT Berlinetta (aka SWB, ‘Short Wheelbase’) had a dual role as supreme grand tourer and outstanding racing car. Chassis 2689GT, the subject of this book, was purchased by amateur racer Pierre Dumay on behalf of his friend Pierre Noblet – who had written off his previous 250 GT SWB in an accident at Clermont-Ferrand. Shortly after taking delivery, Noblet and co-driver Jean Guichet took the new car to a class-winning third place overall in the Le Mans 24 Hours – the dawn of a relatively brief, but very bright, competition history.

MSRP:
Now: $20.00
Was:
Cavallino The Journal Of Ferrari History Number 234 Dec 2019 / Jan 2020 The most enduring and collectable journal on Ferrari in the market for well over three decades !

King of the Boards - he Life and Times of Jimmy Murphy (Gary D. Doyle) SIGNED

Enzo Ferrari - The Man and the Machine (Brock Yates)

MSRP:
Now: $69.95
Was:
'A tragic age and a tragic character, both seemingly compelled to destroy themselves...a chilling reminder of how little control we have over our fates' Damon Hill 'One of the greatest motor racing...

MSRP:
Now: $85.00
Was:
How to Supercharge and Turbocharge GM LS-Series Engines is the only book on the market specifically dedicated to forced air induction for LS-series engines. It provides exceptional guidance on the...

MSRP:
Now: $169.95
Was:
ISBN: 9783948501020 The 27th edition of this annual matches its predecessors in every aspect. This year, onceagain, every enthusiastic fan of thus successful publication will benefit from the many...

The Dynamics of the Race Car (Danny Nowlan, Hardcover 2020)