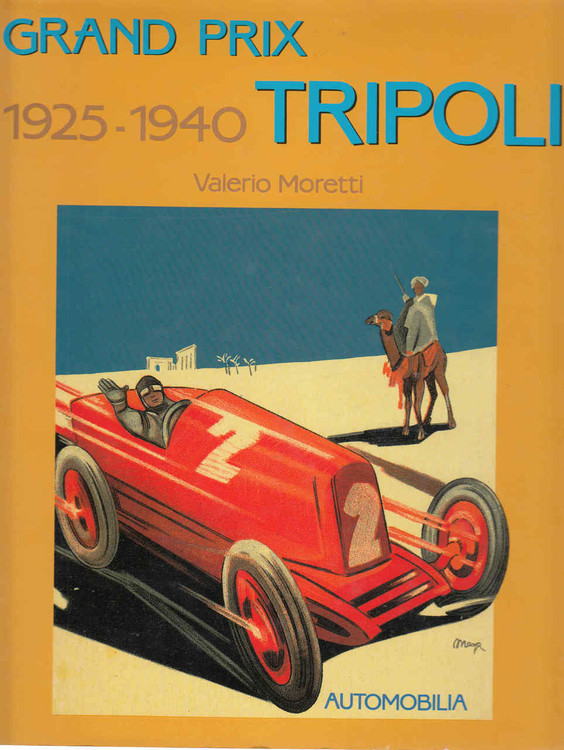 Although there were fourteen editions of the Tripoli motor-racing Grand Prix, only the last eight earned the event international renown. The reason for this success, after a very stuttering start, undoubtedly lies with the national Lottery which was later attached to the race. The Lottery was tremendously successful and turned the Grand Prix into the Corsa dei Milioni— The Race of Millions (of Italian lire).

This brought the Tripoli Grand Prix to the attention of the whole of Italy and brought it widespread popularity, favoured by the fact that during those years there were not many other such spectacles. The mirage of Fortune, itself a great attraction, was enhanced even further by the exotic background against which the race was staged, the colonial backdrop of palm groves and dark-skinned women and, unquestionably, the allure of the motor-racing world itself. None of these elements ever failed to appear in the stunning publicity posters displayed all over, both in Italy and in its Colonies overseas.

The Tripoli Lottery was devised to please more or less everyone: the ticket-holders hoping for fabulous winnings; the independent racing drivers and the car manufacturers hoping in their turn to balance a years' racing accounts with the participation fee alone; finally, the organisers, who could count upon a fresh source of income every year to improve the racetrack and its structures. The Mellaha Circuit was one of the first "European" motor-racing circuits (albeit geographically African) with photo electrically operated timing devices and traffic lights at the start and for other signals: although he had to abandon the solemn gesture of lowering the starting flag, Italo Balbo used to insist on still being the one to give the start, by pressing the.....

MSRP:
Now: $125.00
Was:
By: Lynn Eddie, Charles Eddie . Volume 1: UK and Europe Charles Eddie has been passionate about motor sport since his teens when motorcycle racing during the Duke, Mcintyre, Hailwood era was his...

MSRP:
Now: $99.99
Was:
By: Keith Harman . Great American Hot Rods chronicles over 360 amazing cars from the streets, shows and strips of America. The strict criterion of featuring only pre-1949 cars is observed but...