Holden vs Ford - The Cars, The Culture, The Competition 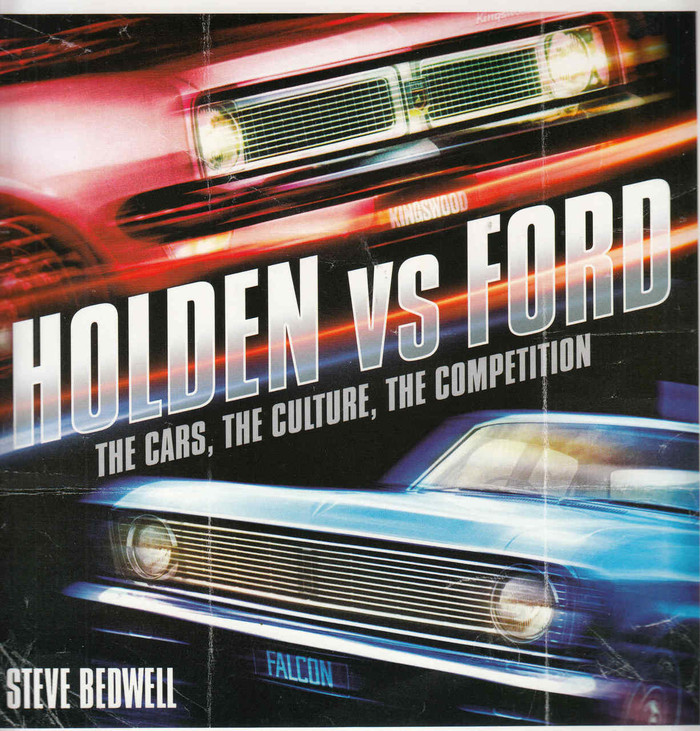 Holden vs Ford - The Cars, The Culture, The Competition

Holden versus Ford, Ford versus Holden, Red versus Blue, Blue versus Red, even the order in which you say these two precious words marks you for life as to which side of the white line you drive on. Going straight to the heart of what it means to be Australian, this book is a must-have addition to any Ford or Holden lover's bookshelf. Loyalty, faith, competition, love is expressed through two brands of motor car.

Never before has this nation-dividing topic been faced head on, and written about in such a detailed and humorous way. Some highlights:

With over 200 photos and great design! Holden v Ford is a full-throttle car book and the perfect Father's Day gift or Christmas book.

The Steve “Bedders” Bedwell Story Steve Bedwell is a comedy writer, television host, a radio personality, author, producer, ARIA nominated recording artist and comedian. Steve worked on radio at Melbourne Triple M from 1997- 2002, since 2002, he a is a regular panellist in talk-back at 3AW. In TV Steve was the Head Writer of Tonight Live With Steve Vizard, was a regular guest on the program.

MSRP:
Now: $199.95
Was:
Colin Chapman's early cars caused a sensation in the motorsport world and, thanks to his genius, Lotus Engineering became the most famous British manufacturer of racing cars, bringing about a...

MSRP:
Now: $99.95
Was:
By: Richard L. Knudson . MG established its winning reputation through competition. In 1925, Cecil Kimber set out to build sports cars and knowing that racing and competition had to be a prime focus...

MSRP:
Now: $66.95
Was:
By: Haynes . Keep your Frontera in perfect running order and mainain it's value with this workshop manual. Step-by-step instructions clearly linked to hundreds of photos and illustrations show you...