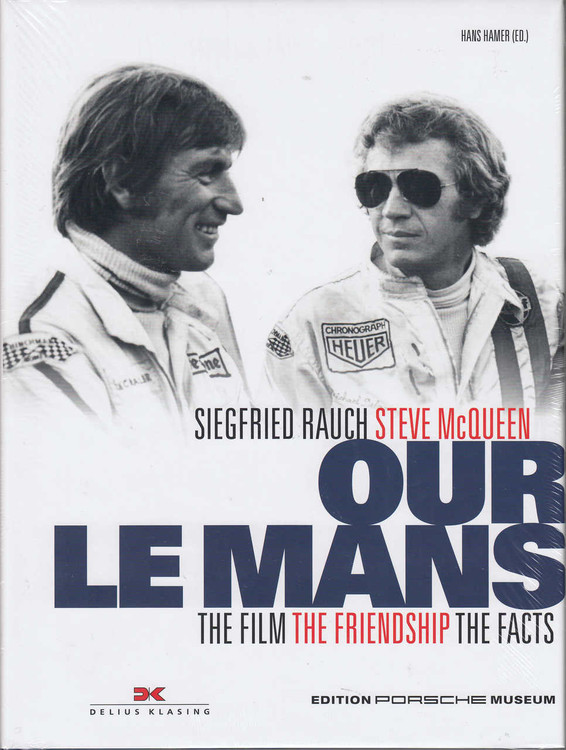 Steve McQueen - actor, filmmaker, racing driver. And friend. Siegfried Rauch, who plays his ruthless rival in the film classics "Le Mans", really concluded an intimate friendship with him. He is leading us through this book and is reporting for the first time how this was. How McQueen really was when he ate Sauerkraut at home with the Rauch family or played with the children. How he became her godfather. That the "King of Cool" could be a normal person, who had fallen in love with the Bavarian Herrgottswinkel. And he understood that smoke was not going to Hollywood.

Of course, in this exclusive book, the other stars of "Le Mans" have their say: the real racing drivers. Herbert Linge thinks again in the Porsche 908, which he drove as a camera car in the race - and the McQueen belonged. Hans Herrmann and Richard Attwood tell about their victory in the Porsche 917 - the first Porsche overall victory at the Sarthe. What really happened in 1970 during the shooting in "Solar Village" is described in this book by Stuntman Dr. Erich Glavitza, who also carved the cars. Or David Piper, who lost one leg while shooting.

This unique book gives insights as they were never before possible:

Interviews with lots of time

Pictures of original memorabilia of Siegfried Rauch, like Rennoverall and helmet from the film

Photos from Rauchs family album, which show him with Steve McQueen

This book gives you the chance to be close to racing 1970, the stars and the dramas!

MSRP:
Now: $195.00
Was:
By: Barbara McQueen, Marshall Terrill . Description BARBARA MCQUEEN has remained silent about husband, actor, Steve McQueen, for more than a quarter-century. Nov she is ready to open a picture...

Out In Front - The Leslie Ballamy Story

MSRP:
Now: $89.95
Was:
By: Tony Russell . Leslie Mark Ballamy or 'L.M.B.', as he was known, was an intuitive, inspired and brilliant engineer who had considerable influence on all well-known names from the golden past of...