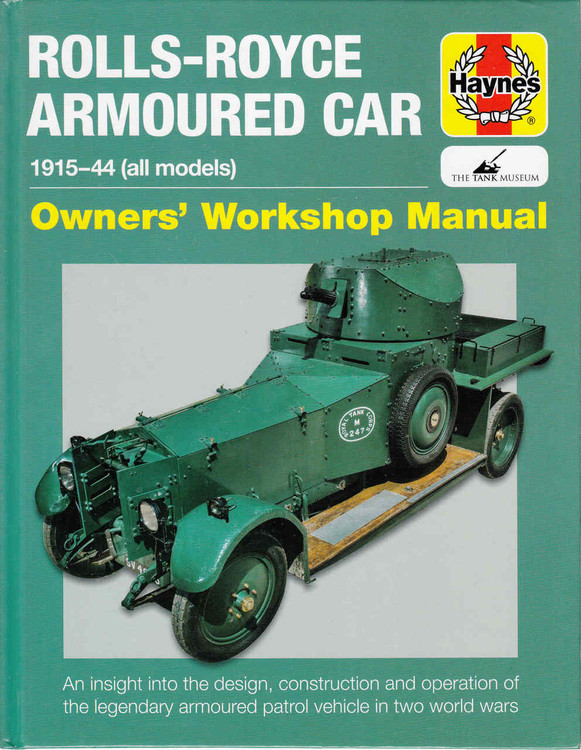 The Rolls-Royce armoured car was present on many of the battlefields of the early 20th century.

The First World War saw them take to the streets of Dublin after the Easter Rising of 1916 and endure the heat of the Middle Eastern desert in 1917 as they supported Lawrence of Arabia in the Arab revolt against Turkish rule.

Based on the modified chassis of the 40/50hp Rolls-Royce Silver Ghost, the Rolls-Royce armoured car was first introduced by the Royal Naval Ar Service for shore patrols in the First World War.

Between the wars upgraded versions of the naval armoured car were adopted by the British Army and Royal Air Force, where they provided a commanding presence on Imperial policing duties in Iraq, Egypt and India.

Later versions of the armoured car were still in service with the British Army during the Second World War, where they had one final swansong in the deserts of Libya. The Irish Army kept its vehicles (veterans of their Civil War) in service well into the 1950s.

Author David Fletcher describes the development and service of the Rolls-Royce armoured car and lifts the bonnet to reveal how it was operated and maintained.

Supported by more than 260 photographs and illustrations, two rare and fully working examples of the 1920-pattern Rolls-Royce armoured car are at the heart of this Haynes manual - the Tank Museum's H3830 and the Irish Army's Sliabh na mBan - which together give unrivalled insights into this legendary symbol of Empire.

David Fletcher MBE is the Historian at the Tank Museum, a respected world authority on armoured fighting vehicles and a prolific author. He wrote the Haynes Great War Tank Manual (2013) and co-authored the Haynes Tiger Tank Manual (2011). He lives in Dorset.

Thomas The Tank Engine 1945 onwards (all aboard) Owner's Workshop Manual

MSRP:
Now: CAD26.80
Was:
By: Chris Oxlade . Description Welcome to the Haynes Thomas the Tank Engine Manual! See how Thomas works, how his Driver operates him and how Thomas is kept in tip-top condition. Meet some of Thomas'...

MSRP:
Now: CAD268.43
Was:
By: Martin Bennett . The names Rolls-Royce and Bentley have long been synonymous with engineering excellence, longevity, luxury and beauty of line. All these attributes were developed to a very high...

MSRP:
Now: CAD62.64
Was:
By: Nick Walker . In 1922 Rolls-Royce introduced their new 20hp model, known as the Twenty, the first in a family of what are now called the "Small Horsepower" cars. The plan was to offer a more...