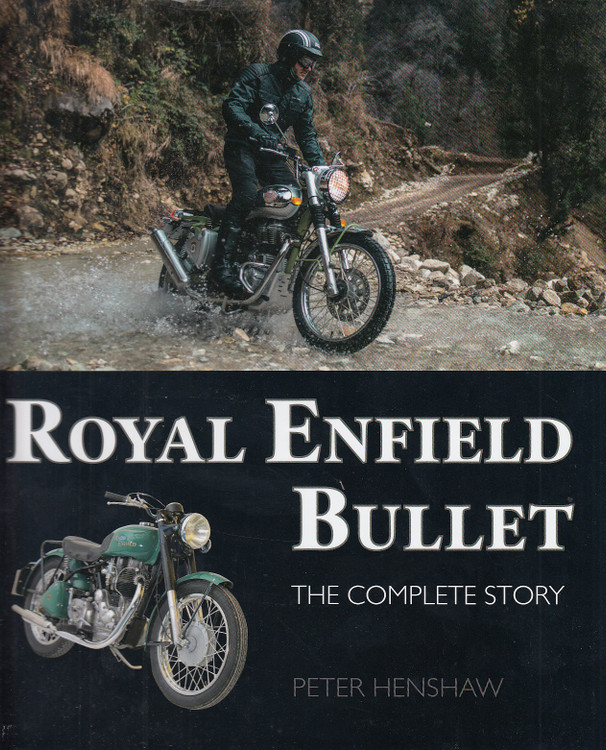 Despite being one of the most successful motorcycles of all time, the Royal Enfield Bullet has had a very chequered history. Its story begins in the 1930s and by the 1950s it was at the height of its popularity in post-War Britain. Then it became a stalwart of the Indian Army and manufacture transitioned from Britain to India. The near-collapse of the Royal Enfield marque in the 1990s almost meant the end of this classic motorbike, but with the involvement of the Eicher Group from 2001 onwards, the updated Bullet generated new interest and renewed its original commercial success, just like a phoenix rising from the ashes. With over 200 photographs, this book describes the origins of the Royal Enfield company and the pre-war Bullets from 1932 and the relaunch of the Bullet in 1949 with its radical swinging-arm frame. Derivative models such as the 350 and 500, as well as those for competition and road are covered as well as specials such as diesels, V-twins, Egli and big-bore Bullets. The development story behind the lean-burn, electric-start and 5-speed updates is discussed as well as the UCE - the all-new Bullet from 2008 and the Classic and its design story. Finally, the evolution beyond the Bullet is covered which includes the Continental GT and Himalyan 650 twins.

MSRP:
Now: $220.00
Was:
This book focuses exclusively on the various model variants of the saloon bodied Berlina from the Tipo 105 series mounting 1750cc and 2000cc engines. All the photographs contained within the 216...

MSRP:
Now: $20.00
Was:
Cavallino The Journal Of Ferrari History Number 239 Oct / Nov 2020 The most enduring and collectable journal on Ferrari in the market for well over three decades !