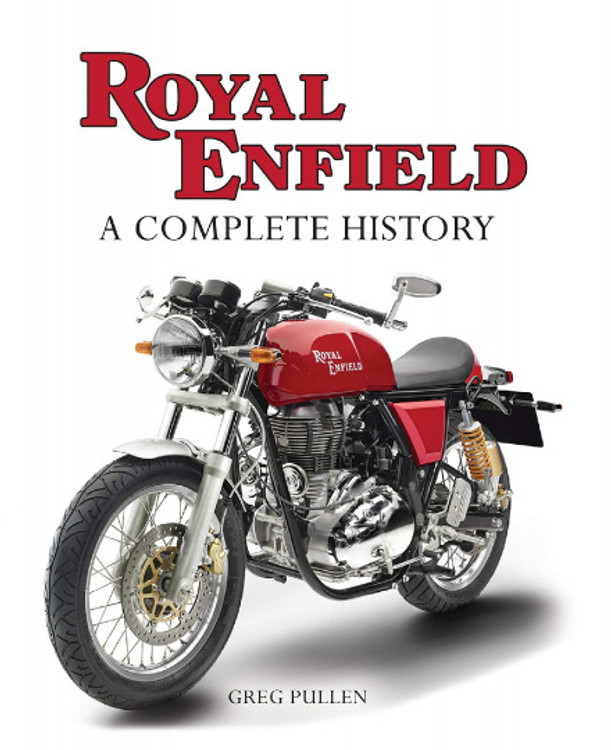 Royal Enfield's famous motor - 'made like a gun' - hints at the factory's origins, but few appreciate that it is the oldest motorcycle manufacturer in existence that can boast of continuous production. In addition, its famous Bullet can claim the longest motorcycle production run of all time. Greg Pullen charts the rise, fall and rise again of Royal Enfield, from the company's pre-motorcycle beginnings in Redditch, through the impact of two World Wars, the importance of exports to India and subsequent establishment of factories there, to changes in ownership, recently launched models and new concept bikes for the future. With 190 colour photographs, this book includes: the V-twins, from the 1930s K and KX range to a glimpse of the concept V-twin shown in 2018; the singles, from 2-strokes to side-valve 4-strokes, and the ohv version that first used the Bullet name, through to the new singles built in India. The British Bullet: its arrival in 1948 and production in the UK, the original orders from India and subsequent setting up of production there are discussed. The 250s, (1958-68), including the Turbo Twins, and the big twins, from the 1948 500 Town to the final interceptor in 1970, including the 800cc prototype and the Clymer Indians are covered. The new twins: the 650cc Royal Enfield interceptor and Continental GT twins and the Bobber concept bike are discussed. Competition success is covered, with notable ISDT achievements, star rider Johnny Brittain and racing the big twins, and Geoff Duke in the GP5. Finally, the British factories and the new opportunities with the Indian factories are remembered.

MSRP:
Now: $95.00
Was:
The complete history of Nascar by Greg Fielden with Bryan Hallman and the Editors of Consumer Guide Automotive, hardcover, published in 2017, 636 pages.

After Borghese - The Peking To Paris Centenary (Jonathan Green)

MSRP:
Now: $140.00
Was:
Hardcover, Published in 2007 Photographs by Jonathan Green of the 2007 Endurance Rally Association rally staged to celebrate the centenary of the original 1907 Peking to Paris race which was won by...

MSRP:
Now: $85.00
Was:
Hardcover book, published in 2021, 192 pages Named after Elisa, the granddaughter of Lotus's owner at the time, Romano Artioli of Bugatti fame, the Lotus Elise was launched at the Frankfurt Show in...

MSRP:
Now: $92.50
Was:
Hardcover book, Published in 2021, 288 pages Have you longed to restore a classic Porsche 911, but were either overwhelmed by the scale of the task, or simply unsure of what was involved? This...