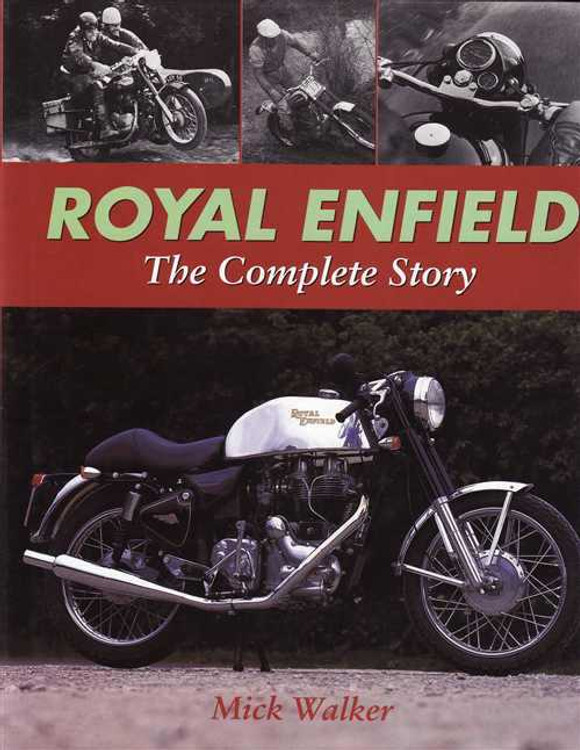 The first Royal Enfield motorcycle was built in 1901, and today the company's most famous model, the Bullet, continues to be produced in India and is sold in many countries including the United States, France, Germany and Great Britain. The Enfield name still stands tall, when many of its contemporaries have long since disappeared. But in case anyone only associates the marque with longevity and rugged but hardly up-to-the-minute design, there was a time when Royal Enfield meant innovation.

Mick Walker's book reveals that, for the first half of the twentieth century, the then Redditch-based company pioneered features such as dry sump lubrication, quickly detachable wheels, the countershaft gearbox, three and four valves per cylinder and swinging arm rear suspension. And although most enthusiasts will now remember Royal Enfield for its four-stroke singles and parallel twins, it also designed and built many other layouts, including V-twins, a whole family of two-strokes and even an inline three-cylinder.

In Royal Enfield – The Complete Story, best-selling author Mick Walker reveals the successes gained by the marque in competition, from trials and scrambling to road racing and even record breaking. He also tells the story of the well-known military bikes, including the famous `Flying Flea', which was used by airborne troops during World War Two. The personalities and boardroom battles that played such a central role in Royal Enfield's long history are also described in considerable detail. This is a book for everyone who loves Royal Enfield, and for everyone who doesn't, yet!